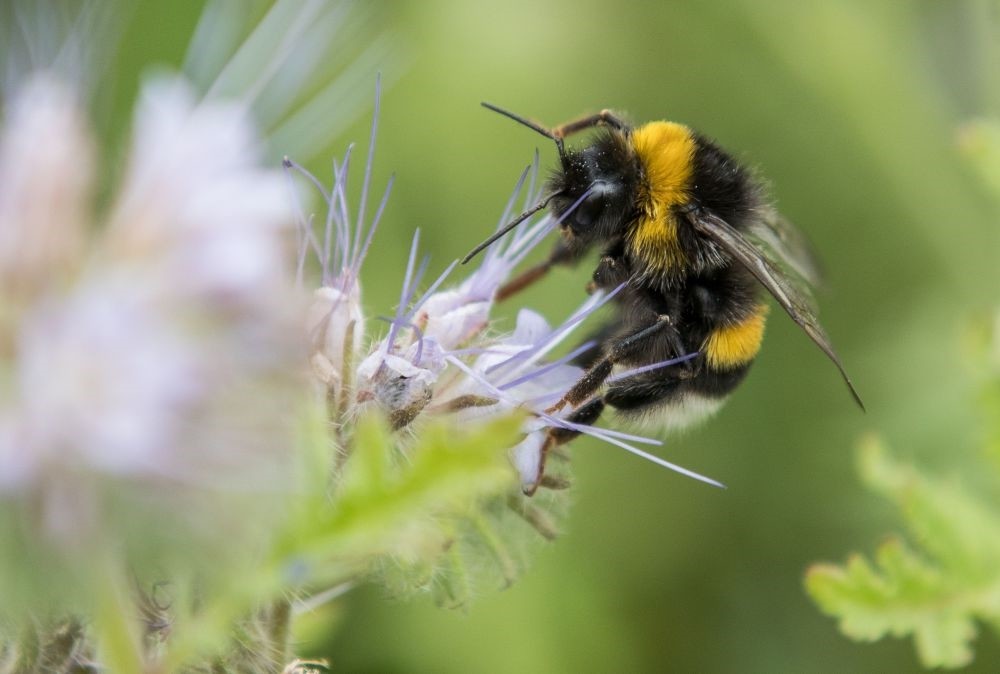 The buzz on bumblebees is not good based on a Canadian study released Monday that found they face an increased risk of extinction due to a pesticide used globally.

A Canadian environmental scientist says the study shows that thiamethoxam found in neonicotinoid pesticides, the most widely used in the world, reduced the chances of bumblebee queens making new colonies by more than 25 percent.

"Bumblebee queens that were exposed to the pesticide were 26 percent less likely to lay eggs to start a colony," University of Guelph environmental science professor Nigel Raine, lead researcher of the study published in the journal Nature Ecology and Evolution, told Canadian media.

"It was a bigger impact than I was expecting. And our modeling suggests it could have a major impact on population persistence and increases the chances a population could go extinct."

Raine conducted the research in his university lab along with researchers from Royal Holloway, University of London.

The effect of diminishing bumblebee populations could have serious global repercussions for agriculture. About 33 percent of the crops eaten by humans require pollination and bumblebees are responsible for about 80 percent of it.

The province of Ontario in Canada is the first in North America to place restrictions on the use of neonicotinoids, insecticide resembling nicotine, and a moratorium has been enacted in Europe.

"Creating new bee colonies is vital for the survival of bumblebees. If queens don't produce eggs or start new colonies, it is possible that bumblebees could die out completely," said Royal Holloway researcher Dr. Gemma Baron.

Meanwhile, bee populations are declining globally, and research like that conducted by Baron and Raine suggest neonicotinoids are a factor in the reduction.