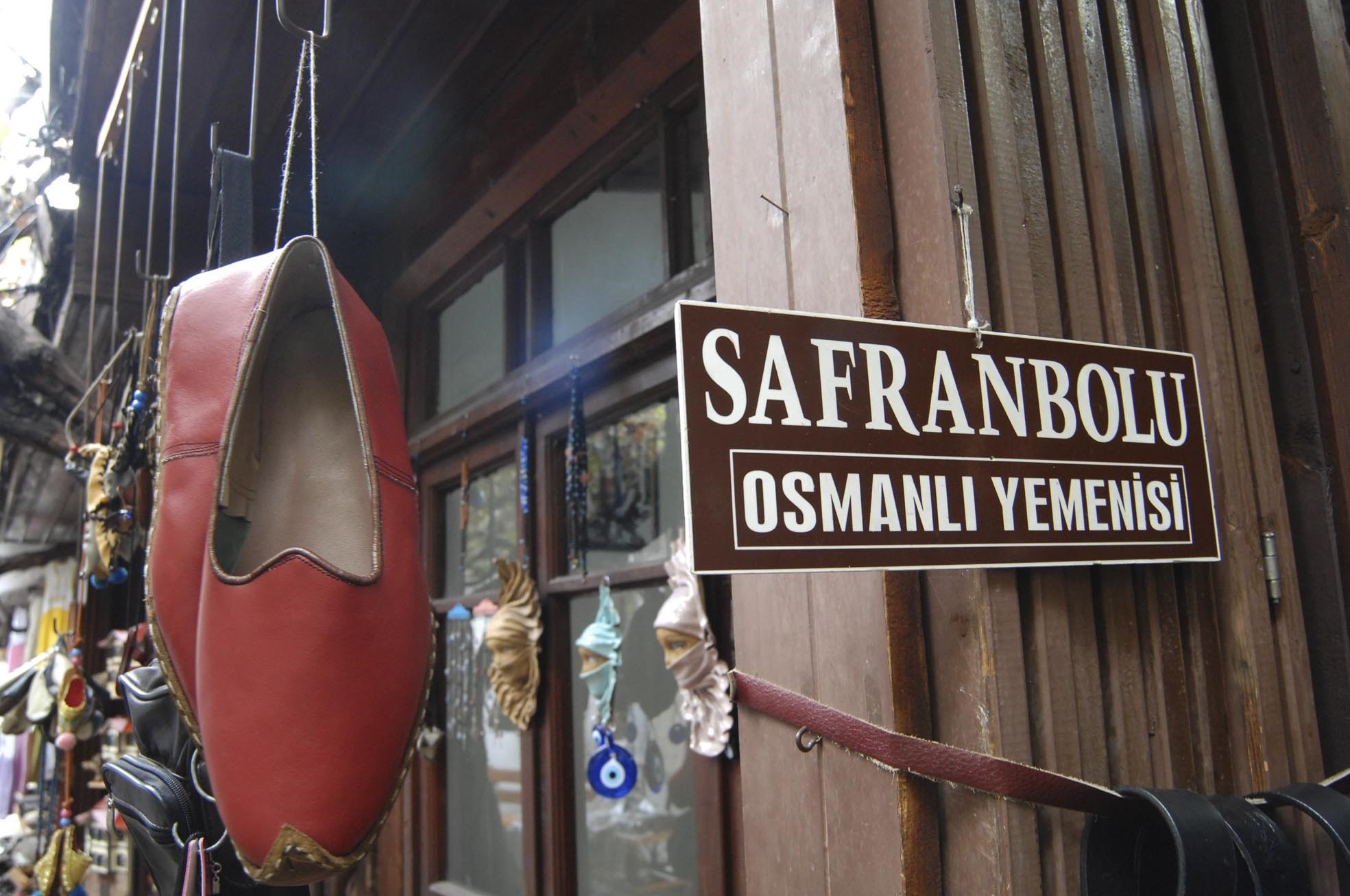 Included in the UNESCO's World Heritage List, the Safranbolu district of Karabük is drawing attention with its handmade "yemenis" (flat-heeled shoes) which do not cause perspiration, athlete's foot and odor and are currently the only product in a single shop.

The Ottoman Bazaar established in the district in 1661 in order to meet the shoe requirement of soldiers continues its activities in a single shop and the handcraft is another tourist attraction the district offers.

Thanks to its ox leather, it prevents discomforts such as perspiration, athlete's foot and odor during summer. Yemeni maker Erhan Başkaya told Anadolu Agency (AA) that he has been involved in this craft for 37 years and highlighted that the Old Yemeni Masters Bazaar had 48 shops when it was first established yet now, Başkaya's shop is the only one left.

The shop is run by two yemeni makers and Başkaya has also taught the craft to his son, who helps him when he is not in school. "We work as much as we can but technology is finishing our craft and all similar handcrafts. The top of the yemeni is made of leather and the sole is made of ox leather. We can only produce one or two shoes a day sold for TL 150 [$42]," Başkaya said and added that even though the material prices have increased, they have not increased their own prices.

Local and foreign tourists show great interest in yemenis as they are organic shoes made for summer and from leather. Even though some people are not aware of its advantages, Başkaya is certain that anyone who tries it will instantly become a fan. "You can use them as indoor slippers in the winter and as outdoor shoes for the summer months," added Başkaya.

Reminding that yemenis comfort people's feet and not cause any odors or eczema to occur, Başkaya noted that other shoes that do not let in air become a problem during summer and that yemenis cannot be worn during winter, yet, they are very popular in the district.