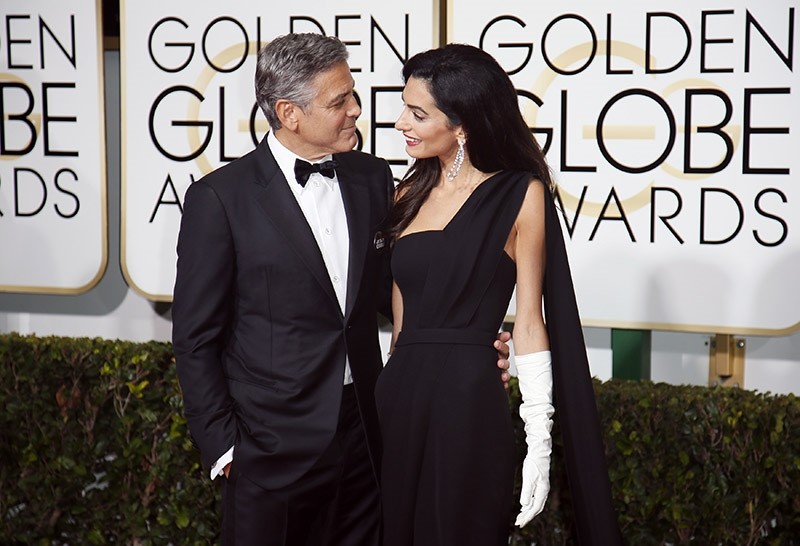 Actor George Clooney and his humanitarian lawyer wife, Amal Clooney, have donated $1 million to the Southern Poverty Law Center, a U.S. non-profit that monitors extremists and domestic hate groups, in response to protests in Charlottesville, Virginia earlier this month.

The pair, which made the donation via their Clooney Foundation for Justice, join a number of others giving funds in recent weeks to anti-discrimination organizations, which have seen a surge in donations since clashes in Charlottesville left one dead.

"What happened in Charlottesville, and what is happening in communities across our country, demands our collective engagement to stand up to hate," the Clooneys said in a joint statement.

"We are proud to support the Southern Poverty Law Center in its efforts to prevent violent extremism in the United States."

Southern Poverty Law Center President Richard Cohen thanked the Clooneys for "standing with us at this critical moment in our country's fight against hate."

The unrest in Charlottesville at the rally called by neo-Nazi and other far-right extremists saw one woman killed after an avowed white supremacist plowed a car into a group of counter-protestors.

U.S. President Donald Trump faced fierce criticism following his comments that "both sides" were to blame for the violence that highlighted racial tensions in a nation on edge.

Since the violence in Charlottesville the Anti-Defamation League -- one of the oldest anti-discrimination organizations fighting anti-Semitism in the United States -- has seen its donations spike sharply.

James Murdoch, the chief executive of 21st Century Fox, recently announced he was giving $1 million to that group.

Donations like that one, as well as those from corporations like Apple, Uber and MGM Resorts yielded a rise of "1,000%" last week, according to ADL spokeswoman Betsaida Alcantara, compared to the weekly average donations since the beginning of the year.

J.P. Morgan also joined the ranks of the donors, announcing a million-dollar gift to be shared by the ADL and the SPLC, according to U.S. media.

Another organization combatting racism and anti-Semitism, the Los Angeles-based Simon Wiesenthal Center, has also recorded major donations since then. One came from actor and former California governor Arnold Schwarzenegger.