Artificial reef to be installed around iconic Sydney Opera House 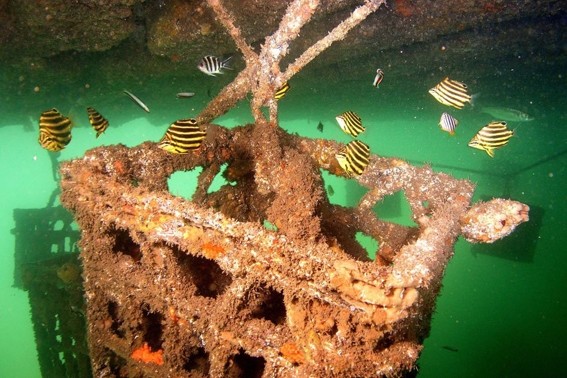 An artificial reef will be installed in the waters around the iconic Sydney Opera House to "breathe life" into the harbor.

The New South Wales government announced Tuesday that the underwater reef structures would explore ways to improve marine life in the Sydney Harbour and restore the natural habitats of fish and sea horses.

The three-year project by the state government with the Sydney Opera House and the University of Technology Sydney (UTS) will suspend an imitation reef, made up of nine hexagonal shaped modules, in the water around the landmark.

Environment Minister Gabrielle Upton said the project will start next month by counting the number of fish and the diversity of marine animals.

This will be followed by the installation of the artificial reef, made of lightweight marine concrete and fiberglass, early next year.

"It's going to actually breathe life into what is already a really healthy harbor," she told reporters in Sydney.

Lead researcher David Booth, a UTS professor of marine ecology, said they have discovered nearly 600 species of fish in the harbor, which is "more than the entire coast of New Zealand," but "there are threats" against marine life.