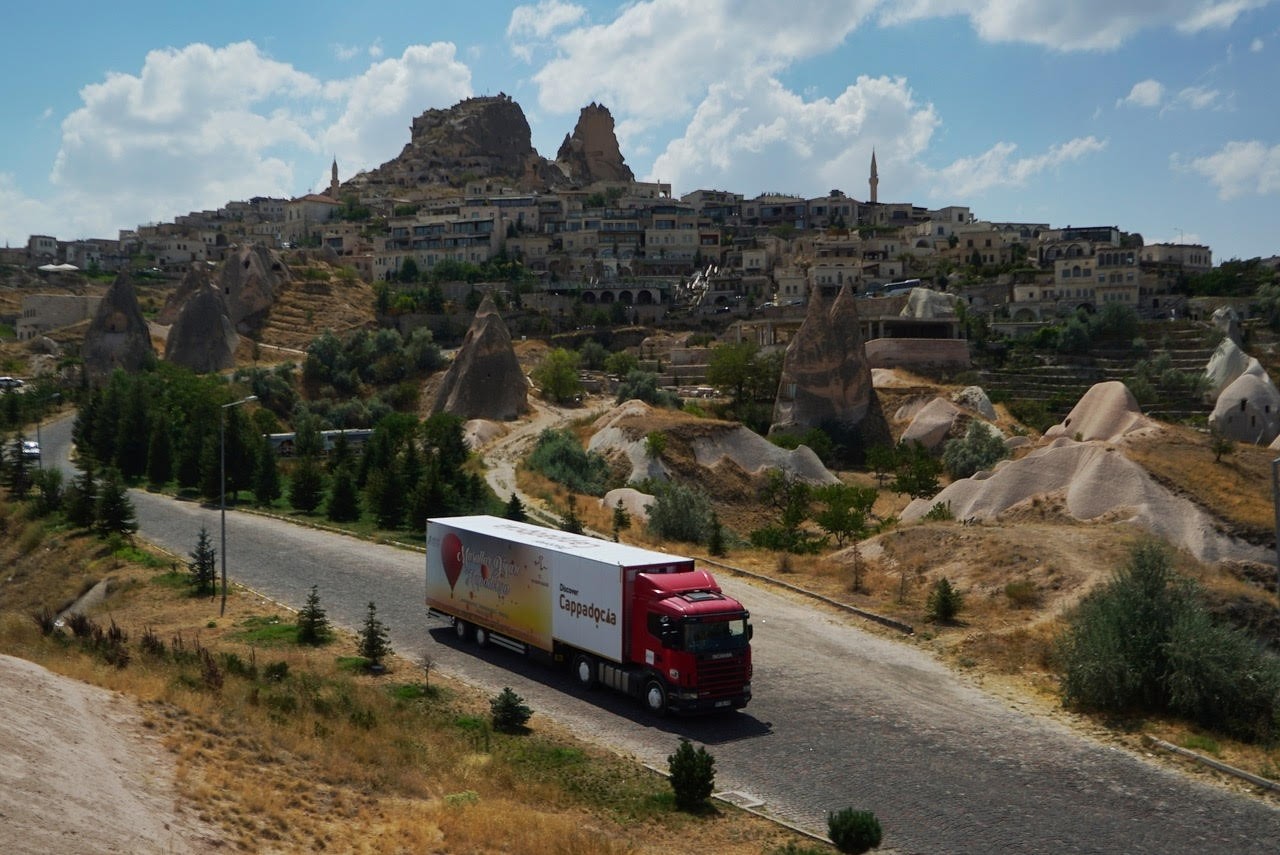 The Nevşehir governor's office and the Ahi Community Development Agency have jointly taken up a project called "Dreamland Cappadocia" to promote Cappadocia and Nevşehir's tourist attractions across Turkey.

As part of the project, a truck equipped with the latest virtual reality (VR) technology will travel to 15 different cities around the country.

The Deputy General Secretary of the Ahi Community Development Agency said that the project was aimed at promoting tourism in the region.

"We want to showcase the historical, natural and cultural richness of the Nevşehir region, and let people in other cities know about it. Nevşehir is a world city, and it has huge potential for tourism. We are doing all the hard work to exhibit this potential."

The Cappadocia truck will visit 15 cities across Turkey from İzmir to Sivas and from Antalya to Trabzon.

The roadshow will be in Istanbul the second week of September. It will be at Beşiktaş Barbaros Boulevard on Sept. 9 and at Caddebostan Sahil on Sept. 10.

The truck is equipped with large LED screens that display introductory videos on historical and cultural attractions in Cappadocia and Nevşehir. The films, shot with special cameras, can also be experienced using VR headsets.

The films focus on fairy chimneys and traces of old civilizations in Cappadocia.

Visitors can also experience Avanos, the center of pottery in Anatolia, the work of pottery masters, as well as the vibrant colors of Anatolian motifs.

They can also take visual tours of historical and natural attractions in Nevşehir.

The roadshow will offer small souvenirs to visitors. It will also hold mini competitions, and three winners will go on an all-paid vacation that includes accommodation at five-star hotels, balloon tours and a safari.