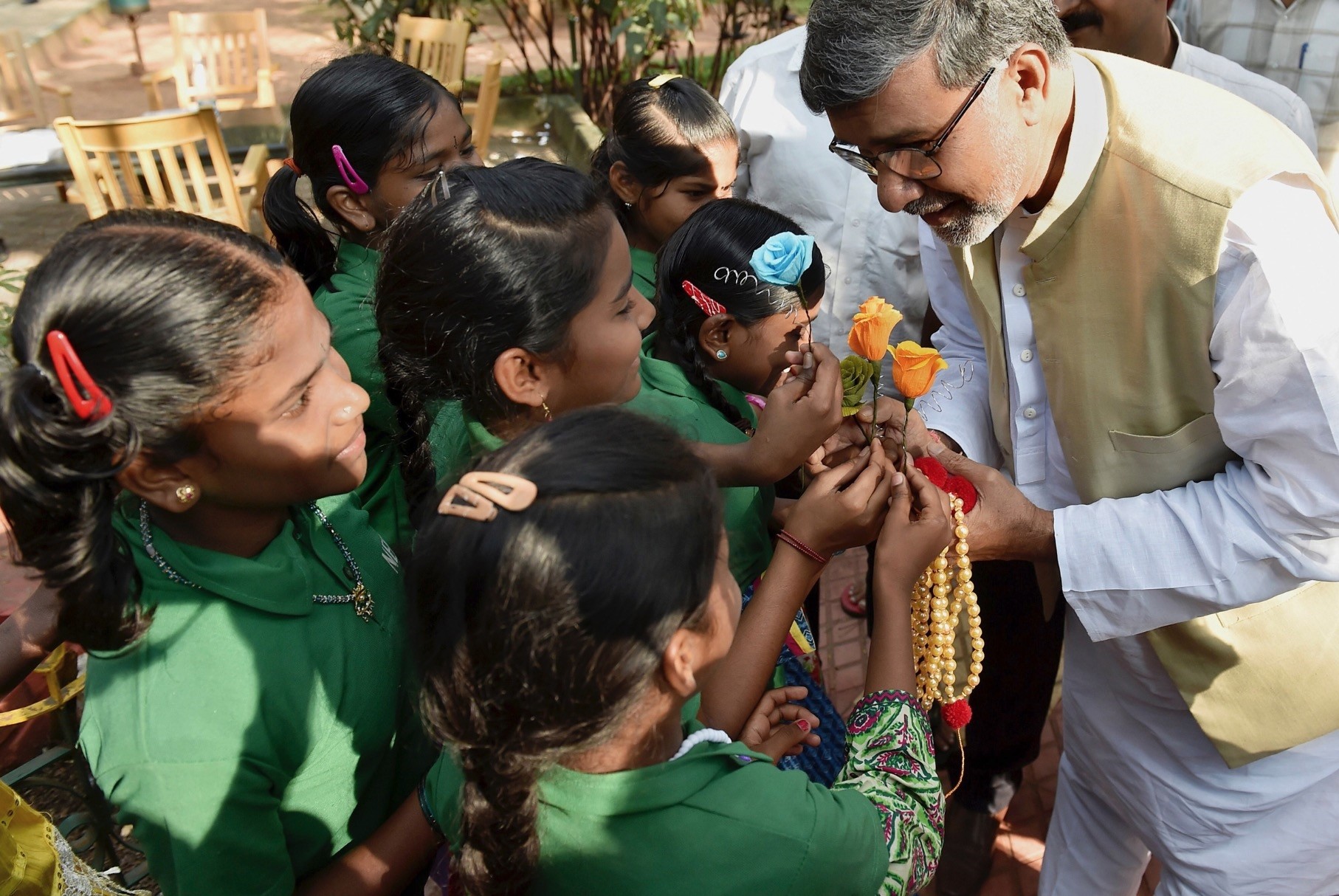 "It is a war on rapes, war on child sexual abuse and trafficking because these are not ordinary crimes and they cannot be solved through the business-as-usual approach," Satyarthi told AFP in an interview.

"Two children are sexually abused every hour. One child goes missing every eight minutes in India and they are not disappearing in thin air," said Satyarthi.

"These children are trafficked... sold and bought like animals. Sometimes at lesser prices than animals."

More than 9,000 children were trafficked in India in 2016, up nearly 25 percent from the previous year, according to the Ministry of Women and Child Development.

About 14,000 children were victims of rape and sexual harassment in 2015, data from the National Crime Records Bureau showed.

But those figures may only be the tip of the iceberg, with experts saying the government underestimates the numbers in a country where a shroud of silence surrounds such crimes.

Satyarthi hopes his "India March," which will kick off from the country's southernmost tip of Kanyakumari and finish in New Delhi on Oct. 16 after traveling across all 29 states and seven union territories, will open people's eyes to the mounting epidemic.

"We want to awaken the whole nation, we want to raise the consciousness against child sexual abuse and trafficking because it is a hidden menace," he said.

Traffickers lure children, mostly from remote villages, with false promises of jobs before selling them off to brothels, factories or gangs which force them into begging.

The soft-spoken 63-year-old has been at the forefront of the drive against child labor in India, where over 10 million children are engaged in work, according to UNICEF.

Satyarthi said his social conscience was awoken when he was about 5 years old and saw a boy his age outside a school, cleaning shoes.

In 1980 he quit his job as an electrical engineer to take up the cudgels on behalf of India's most vulnerable citizens.

The married father of two recalled his first rescue operation in 1981 - at a time when India had no law against child labor.

After collecting money by selling his wife's jewelry, he and friends freed 36 children, women and men from a brick kiln in Punjab state where they had been enslaved for 17 years.

"When I was rescuing them, I realized that 'No, they are freeing me from inside' and that is a very, very special realization of freedom, of liberation," he recalled.

"And since then I have never looked back and I have kept on freeing children. And on the other hand, they have freed me, giving me enormous joy and a sense of accomplishment."

But his efforts have come at a price. He has been beaten up and faced death threats and attempts at incarceration. Two of his colleagues were murdered.

"Of course, it was very dangerous," he said.

"But nothing can stop me."

He proudly says his movement has liberated 86,000 children from bonded labor across India and has activist networks in more than 140 countries.

In the 1990s he organized the Global March Against Child Labour, an international coalition of groups aiming to free millions of children from slavery worldwide.

"Earlier I fought against child slavery and child labor. Now I'm waging this war against rape and sexual abuse," he said.

"This is not some other person's problem. This is your problem. It can happen with anyone, anywhere."