With summer over, Turkish nomads ready to move to lower pastures 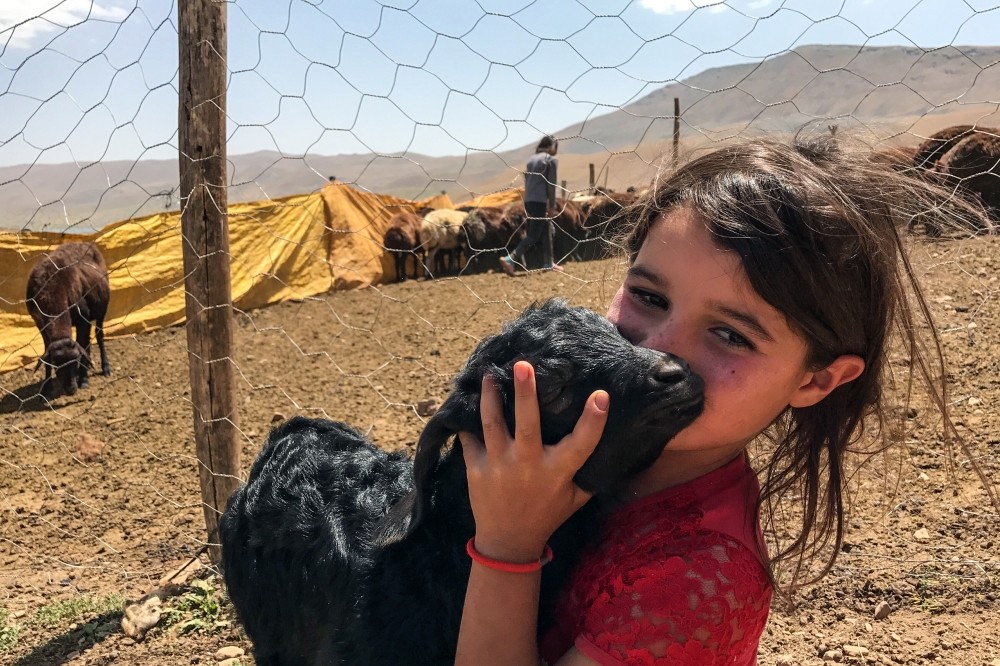 Summer is over and it is time for Yörüks, Turkish nomads, to leave their lives in the highlands behind. As they gather their things, the nomads of Eastern Anatolia have already begun counting the days for summer to come back

It is common knowledge that Turks are originally a nomadic nation who adopted the lands of Anatolia as their homeland. However, there are groups of people, who are called Yörüks - semi nomadic Turkish people - that still spend six months on the mountains around Anatolia to feed their animals, and six months in the cities. These people still keep their traditional lifestyles such as breeding animals and weaving authentic carpets.

These nomads spend six months in the highlands, which are 2,500 meters (8,202 feet) in height. During these months, the nomads feed their animals in the most abundant highlands of Anatolia, produce dairy and send their products to the four corners of Turkey. 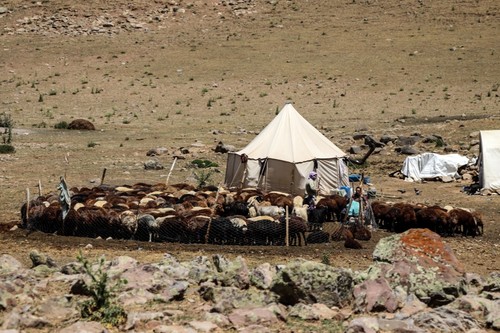 While the men take care of the herds - mostly composed of small cattle, women milk the animals and make cheese, butter, cream and yogurt.

Mirze Artan, one of the nomads living in the Eastern Anatolia highlands, told Anadolu Agency (AA) that they are happy to live in peace away from the chaos of modern cities. "We came here in May, yet it is not possible to stay here during winter as it is freezing cold. When winter comes, we leave these highlands for Iğdır province. These highlands are the highest points of Anatolia hence it is quite cold here. Breeding cattle is our livelihood," he added.

In the highlands of the Eastern Anatolian province of Ağrı, there are 60 nomad families. At night, all families gather, drink hot tea and chat.

"The best thing about the highlands is that they are the coolest place during summer. We are very lucky to have this lifestyle. I can easily say that we are the ones who enjoy Anatolian summers the most," Artan said. 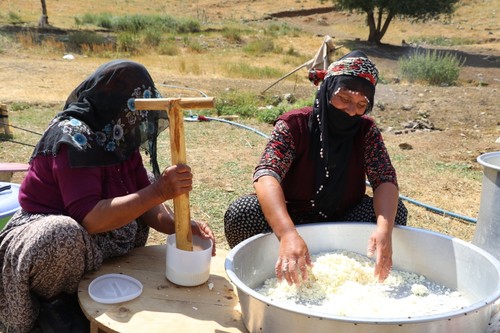 Yörük women make cheese from the milk of their cattle. There is no denial that women play an important role in Yörük lifestyle.

Women are vital parts of the Yörük lifestyle. They manage to take care of the children and daily chores as well as the elderly and the sick. The women also milk the animals and care for them. They spin and dye the wool, making elaborately colored garments for themselves and for selling. The men predominantly guard and tend to the flocks.

Hence, Yörük women's lives in the highlands are not so different from their lives in the city. Deniz Haktan said she does her everyday chores in the tent but in a beautiful and peaceful surrounding.

"We prepare the animals for feeding first thing in the morning before the shepherds take them to the higher places. After we are done with the chores, we milk the animals and make cheese, cream and yogurt. We produce the cheese in summer and sell it during winter to earn some money. We are happy to live the nomad lifestyle. The highlands are the most beautiful places in Anatolia."

Nuran Artan, a mother of six, on the other hand, said they have gotten used to the life in the highlands and they are quite sad they have to go back to the city soon as summer is over.

Artan said everything they eat in the highlands is organic and continued: "We wake up at 6 a.m every morning and prepare the cattle for the shepherds who take them to the higher grounds for feeding. After we have our breakfast, the cattle returns from feeding and we milk them to produce cheese and cream. Our highland is beautiful. I come from Iğdır. During summer, Iğdır's city center is very hot during the summer but we manage to run away from it in the highlands. We cannot wait for winter to end and go back to this beautiful place."