Start changing the fate of Planet Earth at your office 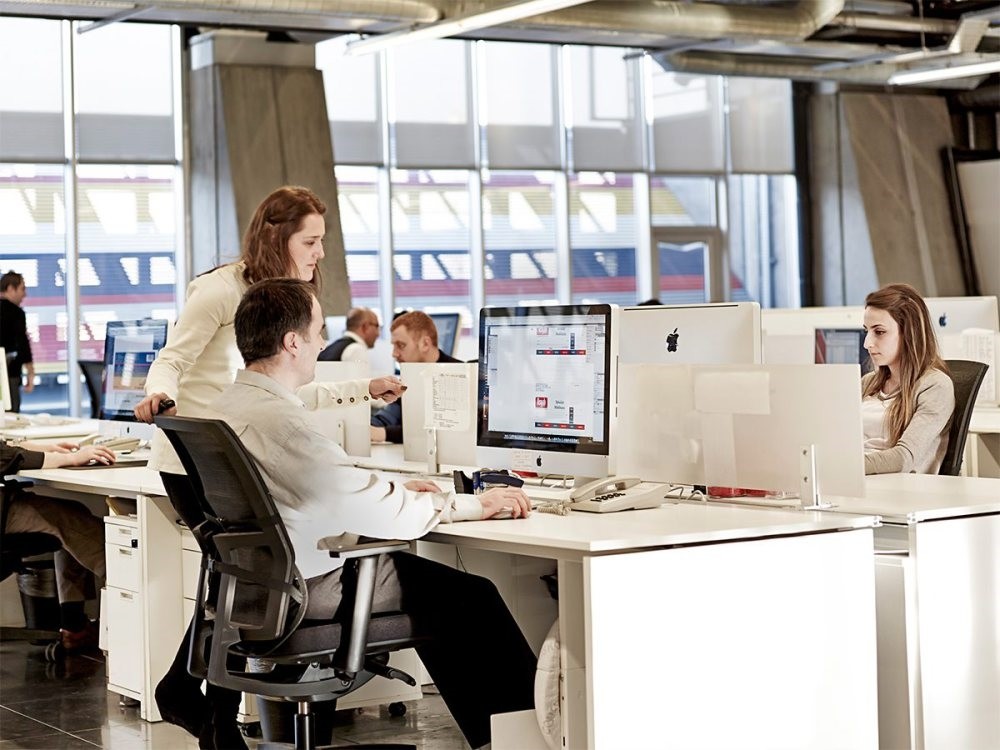 Business operations teaming up with the ‘Green Office' program run by World Wildlife Fund Turkey, both save money and contribute to the environment with little cost-free measures

There are many ways to save Planet Earth from its doom: A place under the influence of global warming where people are struggling to find green space and even water. World Wildlife Fund (WWF) Turkey has kicked off a new program called "Green Office," aiming to stop the deterioration of the natural environment by promoting biodiversity conservation, sustainability of renewable resources, and the reduction of pollution and excessive consumption.

The thing that everybody agrees on is that consumption habits threaten the future of the planet and if today's climate policies continue, two planets will be needed in 2030 to meet the needs of mankind.

Speaking to Anadolu Agency (AA), Arzu Balkuv, WWF-Turkey project administrator, said bold steps must be taken urgently worldwide and in all sectors, adding that the "Green Office" program is aimed at achieving this goal, as well.

Informing that the program is an environmental management system launched by WWF-Finland in 1999 and implemented worldwide today, Balkuv said, "The program is aimed at reducing the environmental impact of our offices and therefore addresses a wide range of issues, from energy consumption to water consumption, from waste management to procurement processes." Indicating that the program is being upgraded and updated by WWF-Finland to continuously follow new information and technological developments, Balkuv said the applications of the program in Turkey are also being developed by WWF-Turkey in parallel with the conditions of the country.

Currently, there are a total of 75 "green offices" throughout Turkey. Businesses that want to become a green office sign a contract and form a team of voluntary employees who are asked to assess the present situation of the office and determine at least three areas to be improved and how much improvement will be made.

Balkuv noted that organizations that achieves their goals and pass the audit after a maximum period of 12 months are eligible to receive the Green Office Diploma, and that the organization's continued use of the Green Office Diploma is possible with a new commitment to improve or further improvement each year, adding that Green Office is an indefinite program in this sense. "The program has a participation fee calculated on the basis of the number of employees and a fee for each year during which the collaboration continues," Balkuv said.

Balkuv stressed that the employees of the companies signing the "Green Office" contract have learned to regard everything they consume, whether paper or energy, as natural resources.

Stating that that they asked employees to adopt efficient use in their daily habits, Balkuv said a wide range of action plans are being prepared from cost-free measures that require habit changes such as avoiding printouts as much as possible, using double sides of the paper and shrinking when printing and setting the printer's toner to the saving option, to measures that require investments such as transition to the LED system in illumination.

Balkuv highlighted that they saved 400 kWh of electricity per person annually thanks to the measures taken in one of the offices participating in the program.

"Given the fact that electricity generated by the electricity distribution network is about three times as much as the electricity consumed in the buildings due to the losses in electricity distribution network, it means a net savings of 200 kWh per person per year," she continued. "According to TurkStat's January 2015 figures, the number of office employees in our country is more than 5 million. If every office did this, 6,000 gigawatts of electricity would be saved in one year, which means that we would not need four more power plants like the Afşin Elbistan B Thermal Power Plant. It was only calculated for offices. Imagine also taking into account the saving measures in factories, production facilities and homes."

Some of the savings achieved by the measures taken in the Green Offices are as follows:

n A Green Office of only seven people saved about 2,800 euros from paper, toner and stationery costs within a year thanks to the various measures that were taken,

A Green Office saved A4 papers equivalent to the height of a four-story apartment when stacked on top of each other a year later thanks to the various measures that were taken,

A Green Office ensured its employees travel 20 percent less and improved its employee satisfaction thanks to route optimization of the shuttles used by the employees. This saved a distance equivalent to circulation around the world 200 times (83,280 kilometers) annually. Thanks to this saving, carbon emissions, that can be cleaned by an average of 500 trees, did not happen,

A Green Office saved about 540,000 liters of water a year, equivalent to one fifth of an Olympic swimming pool, by reducing the reservoir tank capacities used only in office toilets,

A Green Office saved electricity at a total of 118,366 kWh in six months by changing the type and location of the luminaires in front of the elevator in the plaza. This figure is equivalent to the 43-year electricity costs for a family of four,

A Green Office reduced plastic waste by about 260 kilograms by saving 8,800 units of 1.5-liter plastic bottles a year.