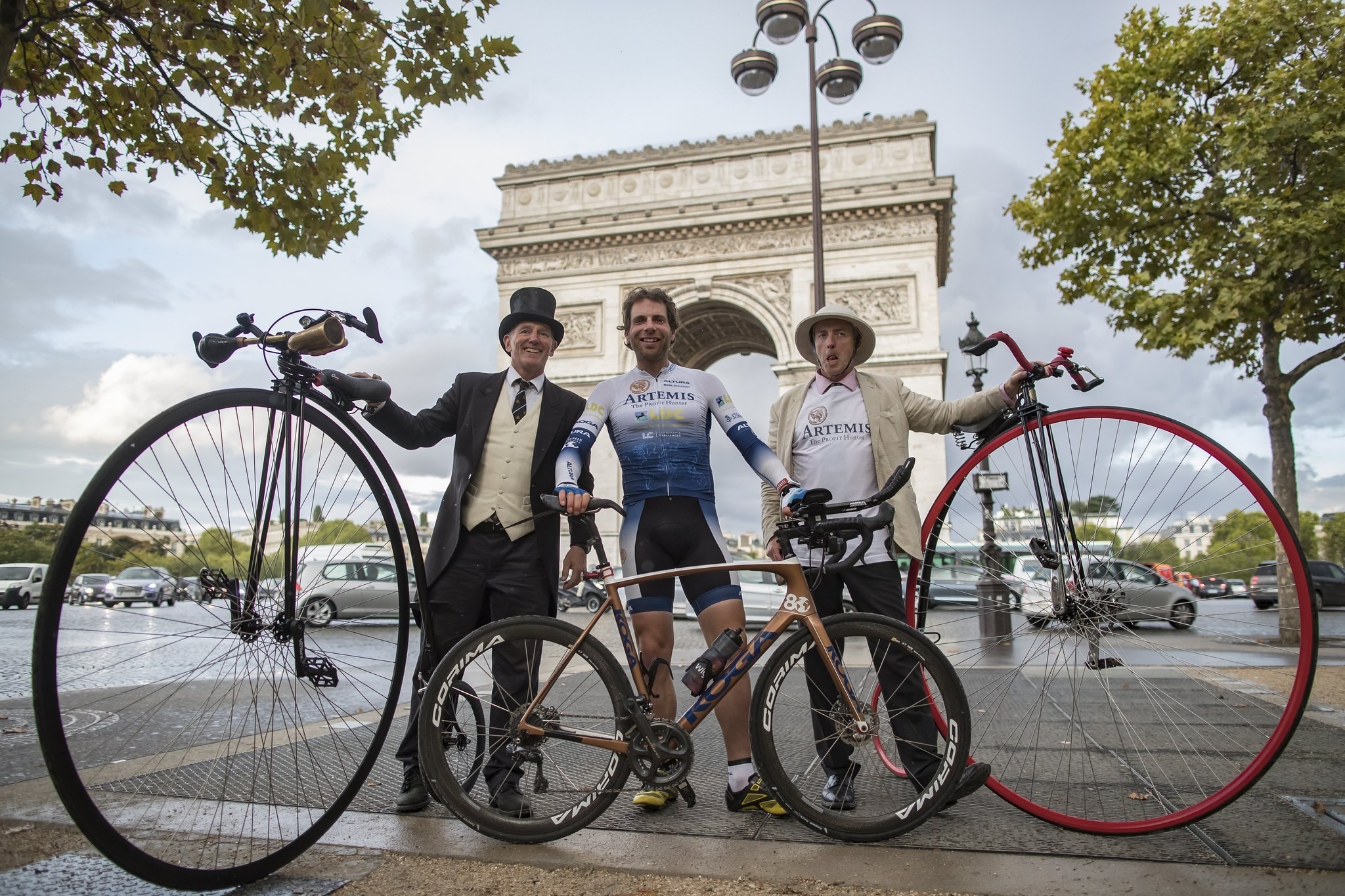 British athlete and adventurer Mark Beaumont poses with men with old bicycles as he arrives in Paris after cycling around the world in a record-setting 78 days. (EPA Photo)
by Sep 19, 2017 12:00 am

A British endurance cyclist has smashed the Guinness World Record for the fastest circumnavigation of the planet on a bicycle, riding 18,000 miles (29,000km) in under 80 days.

Mark Beaumont cycled for 18 hours a day and burned more than 9,000 calories every 24 hours as he crossed Poland, Russia, Mongolia, China, Australia and the United States.

"It's literally about riding to the next horizon," the Scotsman said on Monday after completing his marathon ride under the Arc de Triomphe in Paris. "I've barely walked for two-and-a-half months."

A crash in Russia on the ninth day in which he broke a tooth and injured his elbow nearly ended a ride that he said had taken him to a "mental depth" he had never before experienced.

He completed the ride in 78 days, 14 hours and 40 minutes. The record was previously held by New Zealander Andrew Nicholson, who in 2015 managed the feat in 123 days.

A Guinness World Record adjudicator handed the cyclist two world record certificates - one for the round-the-world record, the other for the furthest distance cycled in a single month.