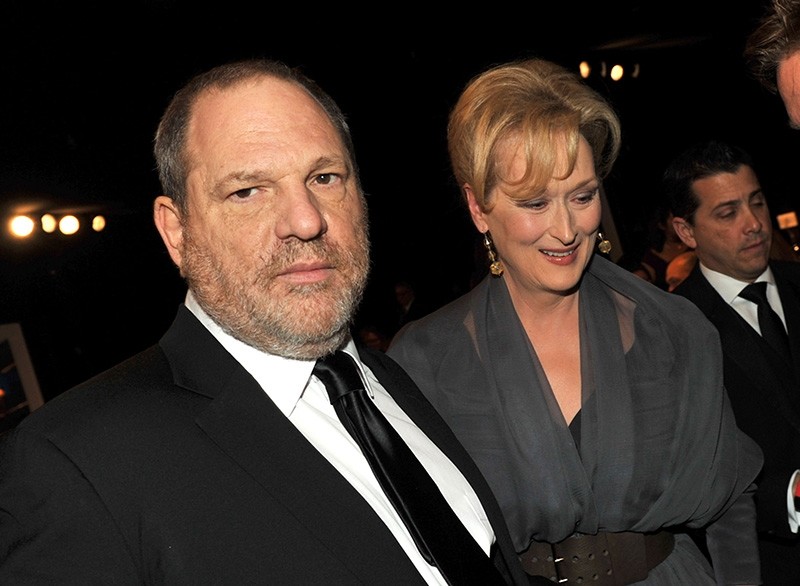 The New Yorker reported Tuesday that Harvey Weinstein has previously raped three women, significantly intensifying the scandal surrounding the disgraced movie mogul. A representative for the mogul vehemently denied the allegations in a statement to the magazine.

The expose, published online Tuesday, detailed allegations not just of sexual harassment but of three incidents involving rape. Actress Asia Argento and a former aspiring actress named Lucia Evans went on the record to allege Weinstein forced himself on them sexually. A third woman spoke anonymously.

Attorneys for Weinstein did not immediately return messages Tuesday. The New Yorker quoted Weinstein representative Sallie Hofmeister responding that "any allegations of non-consensual sex are unequivocally denied by Mr. Weinstein."

The story, written by Ronan Farrow, revealed that thirteen women have said Weinstein sexually harassed or assaulted them between 1990 and 2015. The incidents described range from unwanted groping to forced sex. Some of those incidents overlap with the eight allegations of sexual harassment previously reported by The New York Times, all of which resulted in financial settlements.

But they also go much further. In the article, Patricia Arquette and Mira Sorvino are among those who claim Weinstein sexually harassed them.

Representatives for the actresses did not immediately return messages seeking comment.

The New Yorker also reported that 16 former and current executives and assistants at The Weinstein Co. and Miramax either witnessed or knew of Weinstein's unwanted sexual advances. "All sixteen said the behavior was widely known within both Miramax and the Weinstein Company."

Representatives for The Weinstein Co. didn't immediately respond to messages.

Weinstein was fired Sunday by the Weinstein Co., the studio he co-founded, three days after a bombshell New York Times expose alleged decades of crude sexual behavior on his part toward female employees and actresses, including Ashley Judd.

Weinstein responded to the report in a lengthy, rambling statement in which he pleaded for a second chance and apologized for the pain he had caused.

Since his firing, much of Hollywood has reacted with disgust and outraged, including Meryl Streep, Judi Dench, Lena Dunham, Jennifer Lawrence and George Clooney.

Streep -- who famously called Weinstein "God" in an Oscars acceptance speech -- broke her silence in a statement first published by the Huffington Post, in which she said she was "appalled" by the "disgraceful" news and insisted "not everybody" knew about the allegations.

"I don't believe that all the investigative reporters... would have neglected for decades to write about it," she added.

Fellow Oscar winner Judi Dench, who has credited much of her success to Weinstein and once revealed she had a fake tattoo of his initials applied to her buttocks, said in a statement to Newsweek she was "horrified" and also denied any knowledge of the accusations.

George Clooney also broke his silence and called Weinstein's behavior "indefensible." Clooney said he had heard rumors starting in the 90s about women sleeping with Weinstein in exchange for acting roles, but that he had dismissed them as ploys to dismiss the actresses' talent.

The Daily Mail reported Karan told reporters on a red carpet in Los Angeles Sunday night that Weinstein "has done some amazing things" and he and his wife are "wonderful people." The 69-year-old Karan added that some women are asking for "trouble" by the way they dress and "presenting themselves the way they do."

In a statement Monday, Karan said her remarks were taken out of context and don't represent her feelings.

Congressional Democrats, including Senate Minority Leader Chuck Schumer and Massachusetts Senator Elizabeth Warren, have given charities thousands of dollars in donations they had received from Weinstein.

Weinstein has not publicly commented since Thursday.