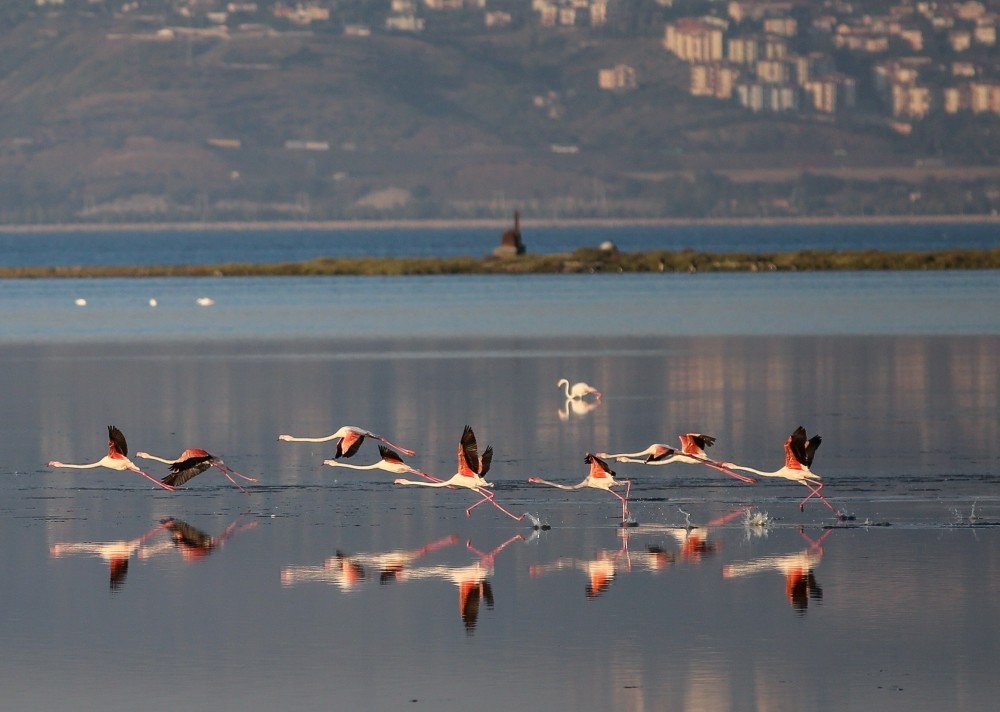 Hersek Lagoon hosts numerous migratory bird species during winter, offering an exceptional sight to bird enthusiasts, and now, local authorities are getting ready to broadcast the lagoon live to the entire world

Because the birds inhabit the whole lagoon, Oral said: "We are equipping the entire lagoon. This is a joint project conducted with the cooperation of the Ministry of Forestry and Water Affairs, Altınova Municipality and the East Marmara Development Agency (MARKA). The cameras will have views of the entire lake. The Ministry of Forestry and Water Affairs initiated their activities on the lake, and we made a contract with MARKA. 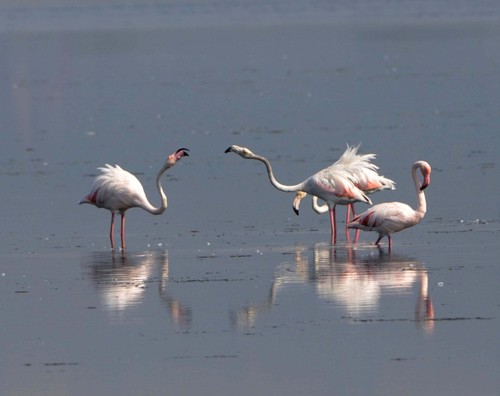 "We arranged the positions of the cameras so that the lake could be observed 24/7 from all over the world. The broadcasts will not only feature the flamingos, but also the lake's 202 other bird species, a number that increases every day."

"Generally, the lagoon sees the birds for eight to nine months. The birds are comfortable here. As a result, they turn pink from the salty content of the lake water. Many visitors travel to Altınova just to see these birds," he added.

The construction of a bird observation tower is also underway and is scheduled for completion in a few months.

Reiterating that the lagoon was once in a rather neglected state, Oral said: "In the past, the lagoon was an official hunting area. The surrounding area was full of hunting blinds. However, as a result of our negotiations with hunters' associations, hunting bans and the declaration of the lagoon as natural protected area ended hunting in the area in 2004. Now, many of the hunters work as rangers, like us. We protect the area together. Thanks to this cooperation, the number of bird species on the lake increases day by day. There has also been a boost in overall bird numbers, along with a wider diversity. The birds seem to understand that the lagoon is now a safe haven for them."

Expressing his gratitude to the officials who opted for a vaulted design on the Osmangazi Bridge to preserve the lagoon, Oral said: "I would like to thank our prime minister, government and the Forestry and Water Affairs Minister because it was their precautions that protected the lagoon's integrity. They were very careful about the issue. Though the cost of the project was higher due to the adjustments made to protect the area, they saved a precious place in the end." 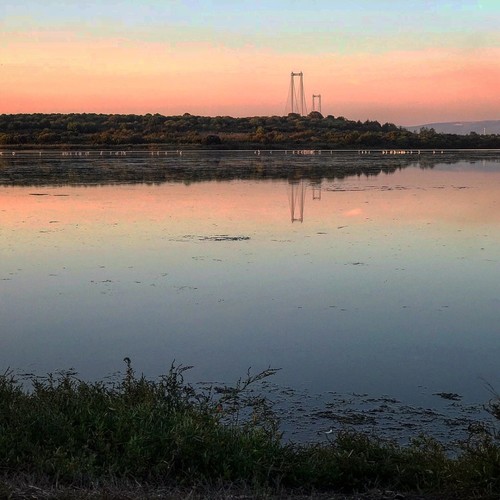 "In time, Hersek Lagoon will be even more beautiful than the other bird sanctuaries and will attract a great deal of attention. Here the lake is small and the bird density is very high. You can see all of the birds on the lake at the same time. The other famous bird lakes are bigger than Hersek, but their visitors have to struggle to see all of the birds. Here we are able to offer a unique opportunity thanks to the bird observation tower. Likewise, access to the area is easier when compared to the other places since it is near the airport, Istanbul, and soon to be easily accessed from İzmir and Kocaeli thanks to the new highway. Hence, the number of tourists visiting the lagoon will possibly increase, and it will be a popular spot when the coast, botanical garden and walking trails open."

Known among locals as the "Bird Hotel," Hersek Lagoon, located in the Altınova district of the Yalova province, is known for its large swathes of birds that migrate here during the autumn and winter months. This year, the birds arrived earlier than usual and have been creating an extraordinary scene for locals as well as tourists.