Picasso's mansion in France expected to be sold for $24M 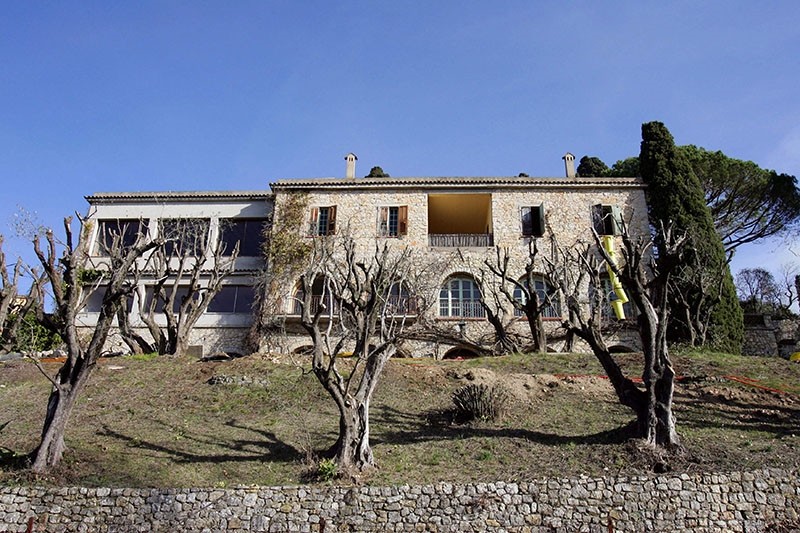 Picasso's mansion on the French Riviera -- where his last wife tragically shot herself -- is expected to be sold for more than 20 million euros ($24 million) at an auction Thursday.

The artist spent his twilight years on the estate at Mougins in the hills near Cannes, dying there in April 1973, 12 years after moving there with his muse and second wife Jacqueline Roque.

Roque -- who Picasso painted more than 400 times, but who feuded with his children after his death -- killed herself at the house overlooking the Mediterranean in 1986.

Her daughter Catherine Hutin-Blay sold the estate on to a Dutch owner, who renamed it the "Cavern of the Minotaur" after the painter's obsession with the mythical beast.

Before Picasso the house had belonged to the Anglo-Irish Guinness brewing family. Wartime British Prime Minister Winston Churchill, a keen amateur artist, was a frequent visitor, painting in the grounds.

The Dutch owner got into financial difficulty after carrying out extensive work on the property, which dates from the 18th century, and its three hectares of grounds.

Maxime Van Rolleghem, a lawyer for the former owner's creditors, Achmea Bank, said the house was "a bargain... A lot of luxury villas on the Cote d'Azur are worth a great deal more than this."

He said the previous owner had wanted 170 million euros for the estate after hugely expanding the house, adding a large pool, garages and a tennis court.

But work had stopped when his money ran out.

Van Rolleghem told AFP that a Sri Lankan financier Rayo Withanage had put an offer of 20.1 million euros on the house in June, but "he hadn't yet got together the funds" to complete the transaction.

He said if the house does not go for more than 20.1 million euros Thursday -- when it will be sold under the eyes of a judge at the courthouse of nearby Grasse, Withanage -- the managing partner of the Scepter Partners merchant bank, will get a further two months to pay.

These kind of houses "do not sell like a jar of Nutella," Van Rolleghem added.

During Picasso's time the house was more rundown than it is now, with large bay windows added later to its rustic facade to take in the view.

"From Picasso's period the only original room that is left is his studio, which still has traces of the paint left by the artist," said estate agent Michael Zingraf.

"None of his work remains in the house," he added.