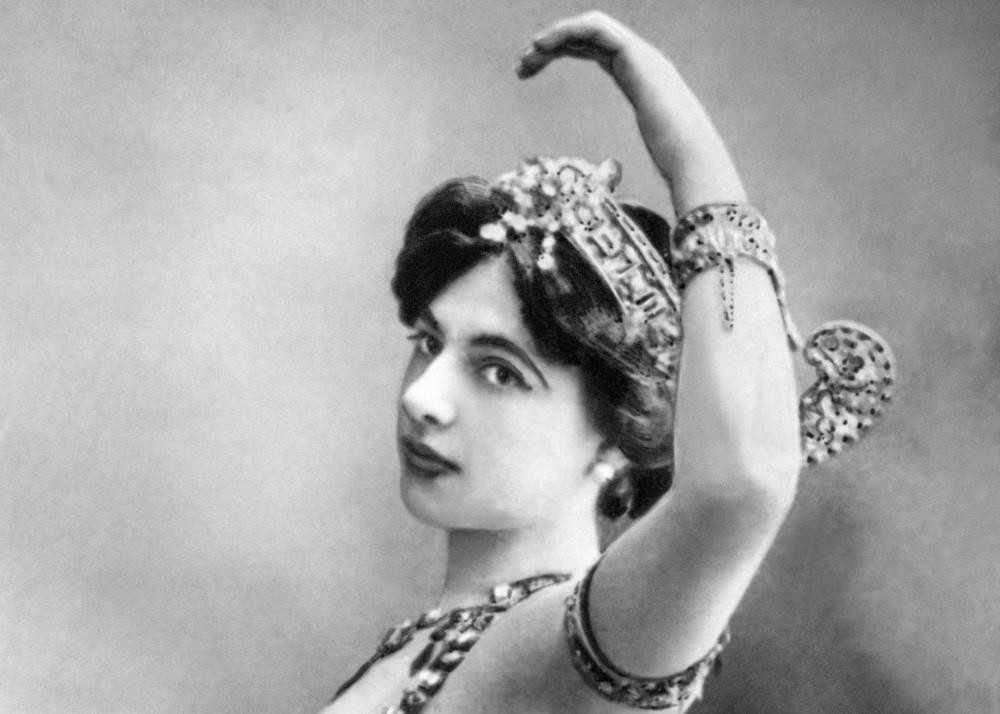 Exotic dancer and suspected double agent Mata Hari was executed in Paris. Her name endures today as that of the ultimate seductive spy.
by Oct 12, 2017 12:00 am

Exotic dancer and suspected double agent Mata Hari was executed in Paris 100 years ago, but her name endures today as that of the ultimate seductive spy.

On the anniversary of her death, here is a recap of her life of eroticism and intrigue that drew in a string of lovers, including ministers, military officers and diplomats from both sides of the frontline.

'As famous as Madonna'

Born Margaretha Geertruida Zelle in the Netherlands, she fled to Paris in 1903 aged 27 to start a new life after a rancorous divorce. Her marriage had been to an older army officer who was based in the former Dutch East Indies, now Indonesia, where she lived for some years.

Penniless in Paris, the tall beauty reinvented herself, becoming a dancer in a striptease act and taking the name "Mata Hari," Malay for "sun" - literally "eye of the day."

Her fame as an exotic beauty quickly spread across Europe and she became a celebrity, also raising eyebrows for her many love affairs.

Her Oriental "sacred dances" pushed the boundaries of pre-war Europe and often saw her appearing to wear little more than a bejeweled brassiere.

"In her time, she was as famous as Madonna," the Washington Times said in a 2007 book review. "By the time she was executed by the French for espionage in 1917, she was perhaps the most famous non-royal in Europe if not the world."

From call girl to spy

By 1914, however, her popularity was waning. She became a call girl in Paris, entertaining ministers and becoming known for her extravagant parties.

Broke, due to her lavish lifestyle, she accepted in 1916 an offer from a German diplomat to pay off her debts if she spied on France.

Mata Hari then offered her services to France's counter-espionage bureau where agents were already suspicious of her. They gave her several missions but kept her under surveillance.

The French suspicions deepened when she requested a pass to travel to Vittel, near the eastern front and where a new military aerodrome was being built.

She said her visit was to meet a young Russian officer who was her lover.

Then in January 1917, the French authorities intercepted a cable from Germany appearing to identify Mata Hari as their "Agent H 21."

She was arrested and charged with being a double agent.

On the cold morning of Oct. 15, 1917, Mata Hari was executed in the Parisian suburb of Vincennes, President Raymond Poincare having refused her request for clemency.

Witnesses wrote that she wore a long, black velvet cloak with fur trimmings and a large square fur collar.

She is said to have declined a blindfold and blew kisses to her executors.

Asked by a military clerk whether she had any last revelations, she replied, "None, and if I had, I would keep them to myself."

The ultimate femme fatale, she has inspired a dozen films, numerous books, historical works, exhibitions and even a ballet by the Dutch National Ballet.

Her iconic status was cemented in 1931 when Swedish-born actress Greta Garbo played her in the film "Mata Hari."

The nature and extent of her espionage activities remain, however, uncertain, and her guilt is still widely contested today.

"She never provided the least valid information, neither to the Germans, nor to the French," according to the French magazine Le Point in 2016, echoing a view expressed in other media.