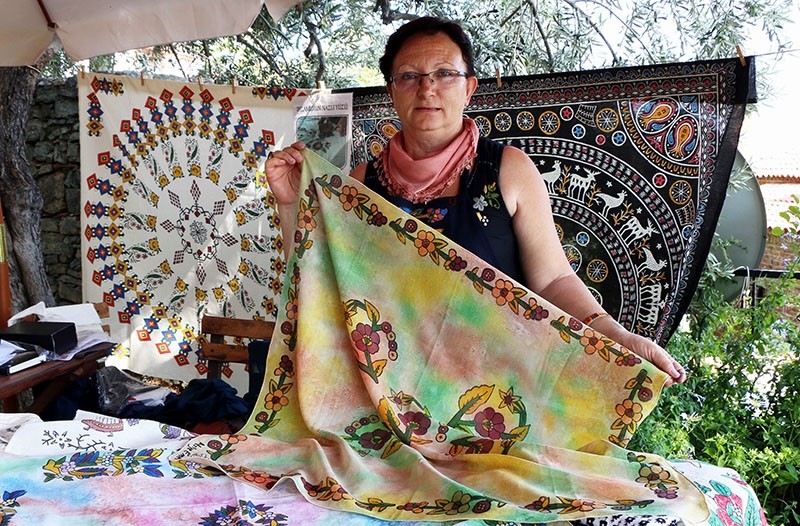 Tokat style printmaking, also called calico printing, is a hand print art in which patterns are imprinted on textile fabrics, usually of cotton or calico material. It's named for its birthplace, the Tokat province of midnorthern Turkey. 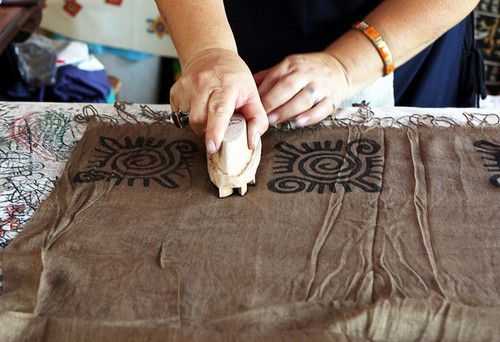 Emel Ardahanlı is trying to keep the art alive, giving courses to young artists and exhibiting his prints throughout Turkey. She regularly shares her knowledge at exhibitions, festivals and symposiums across Turkey to promote and educate about the Tokat method of printmaking.

Twenty students Ardahanlı has trained are now crafting the art at workshops in Çeşme, a seaside town in Izmir province.

"This means that new masters will grow up and this art will not die," said Ardahanlı.

Ardahanlı emphasizes the continued use of traditional methods, specifically in the production of all patterns, cloths, molds and dyes.

Calico printing is an ancient art that originated in India and Turkey. The bright patterned fabrics were imported by European countries until the late 17th century, when the techniques of production were imitated there as well.