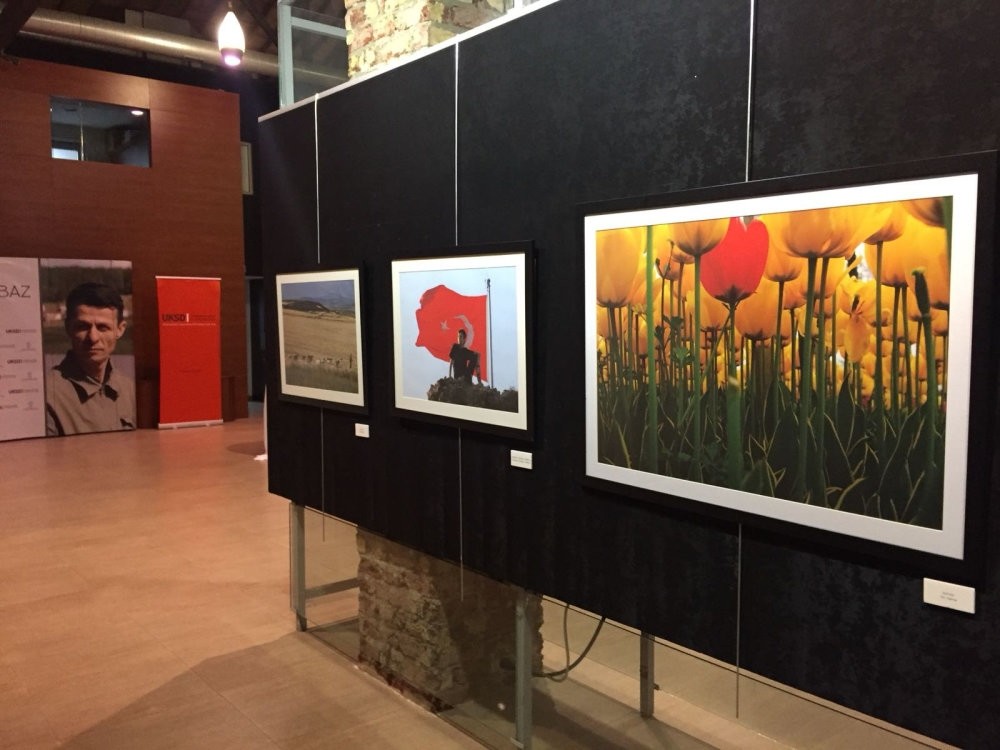 Speaking at the opening ceremony, Turkey's consul-general to Komotini, Ali Rıza Akıncı, said that July 15 is one of the breaking points of the last century.

Implying that citizens prevented the Gülenist Terror Group (FETÖ) coup attempt, Akıncı said: "One of the most remarkable points that night was that normal people became heroes. In a period when we wonder if heroism becomes history, we saw a strong society in different regions of Turkey."

Cambaz's heritage is important in many aspects. Akıncı said the man lived a humble life and was very philanthropic.

UKSD Board Member Mehmet Şeker said he was a friend of Cambaz and that they had worked together and shared many memories. Şeker said: "Mustafa did not have a passport. So, he couldn't return home. When he wanted to see his family, we'd go to the Keşan district where his family would come. We'd meet and fulfill our longing, but it came with sorrow. He isn't here today - we just have his photos. However, we believe the place that Mustafa went is very beautiful. I hope God returns him to us."

Komotini Select Mufti İbrahim Şerif reported that the grand mosques in Turkey have become more popular due to Cambaz's photographs. "Attempts were made to occupy Turkey 100 years ago, and 250,000 citizens lost their lives in Çanakkale province. One-hundred years later, people in different shapes tried to occupy this country again, and this time 250 people died. When I go to Çanakkale, I always look to see if there is a martyr from Komotini there. Then, I look for Western Thracians and those from the Balkans. We pray for all the dead. Maybe Western Thracians will look for a July 15 martyr in 50 or 100 years. Some people will be proud and say, my hometown has martyrs for the country. Mustafa Cambaz was proud of Thrace," Şerif said.

Şerif, who thinks the coup attempt will still be talked about in 1,000 years, added: "People who carried the Turkish flag were bombed by planes with a star and crescent. It was a totally weird night."

Cambaz's wife Semra and son Alparslan along with his father, brother, aunt, sister and brother-in-law participated in the exhibition, which has Cambaz's work on display and is open for another week.