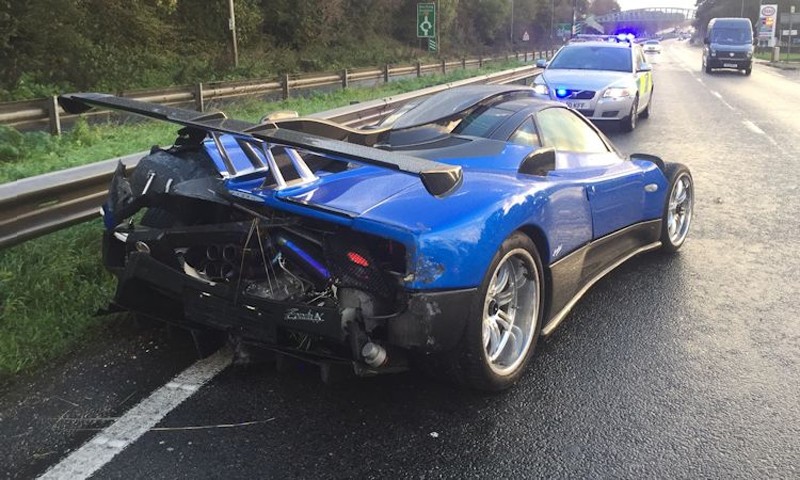 The one-of-a-kind Italian supercar Pagani Zonda was badly damaged after it smashed into a crash barrier in southern England.

According to the report, the $1.9 million supercar will have to go back to Pagani's factory for repairs before hitting the roads again.

British Police stated the the driver and owner of the vehicle Peter Saywell was not hurt but the car suffered significant damage.

It is suspected the driver lost control of the car due to rainfall.

The Pagani Zonda is a mid-engined sports car built by the Italian manufacturer Pagani. It is the only in the world of its kind.