Cats descend on Istanbul to compete in cuteness 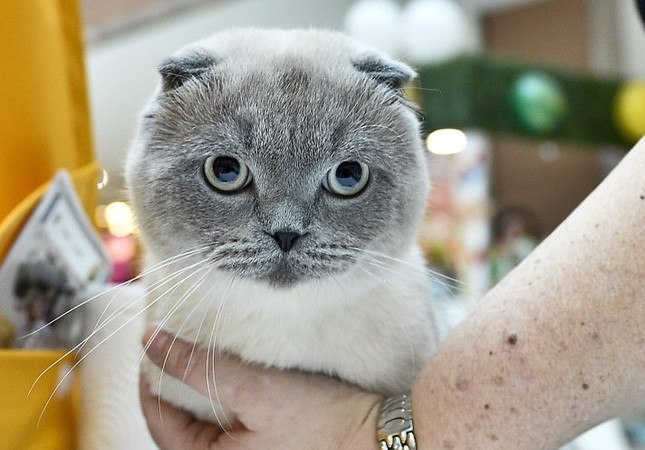 One-hundred-twenty-two different breeds of cat from around Turkey and abroad competed to be chosen as the most beautiful cat in the Cat Contest that was held on Saturday.

Organized with cooperation from The International Cat Association (TICA), which operates in 104 countries worldwide, and the Felinology Association, the first cat contest of Turkey was held at Vadi Istanbul Shopping Mall.

At the contest, 122 cats appeared before the jury, which included Jane Allen, Vlada Beninya and Valentine Tessens.

In the contest, the Bengal cat of Canadian participant Marie Eve Bedard, who lives in Lebanon, came first under the category of Best Adult Cat.

The cats that came first at the contest were awarded cat-scratching houses.

Share on Facebook Share on Twitter
Previous in Life The Rohingya boys and girls shrieked with delight as the clowns juggled... Next in Life Known as the "Universal Man," Yiğit Kurt, 27, has hitchhiked through...
DAILY SABAH RECOMMENDS