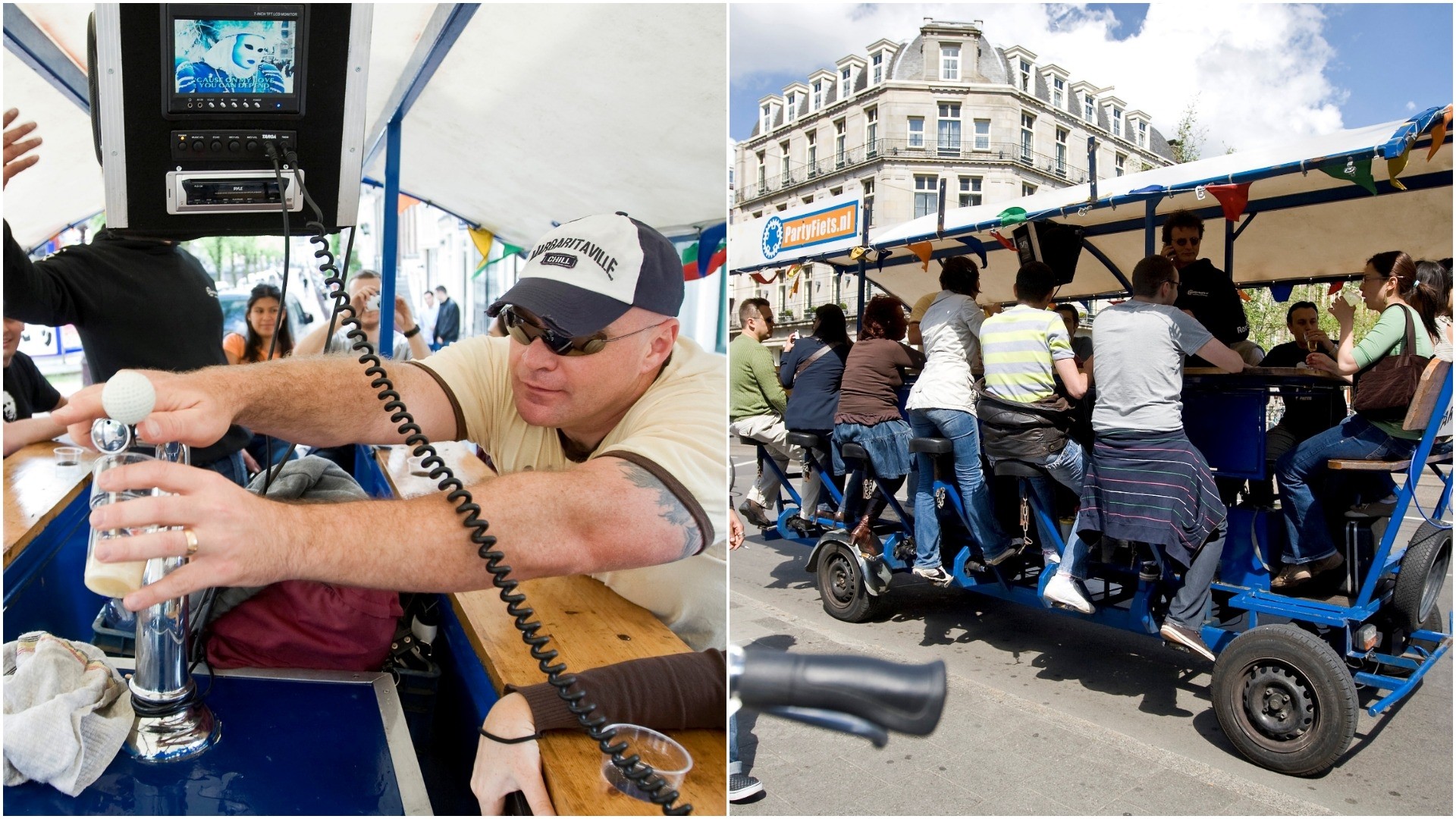 The "beer bike," a 12-seat rolling bar popular among partying tourists in Amsterdam, is no longer welcome along the city's picturesque canals.

An inner-city ban went into effect on Wednesday, following a court ruling a day earlier that sided against four businesses offering the service.

The court agreed with the city that the beer bikes disrupt public order and block traffic in narrow streets, with riders shouting and urinating in public.

"The ban is justified because of the combination of traffic congestion, disorderly behaviour and crowded city centre," it said in its ruling.

Amsterdam is well known for its "red light" district with brothels and "coffee shops" selling marijuana, but the millions of annual visitors have long been a nuisance for residents.