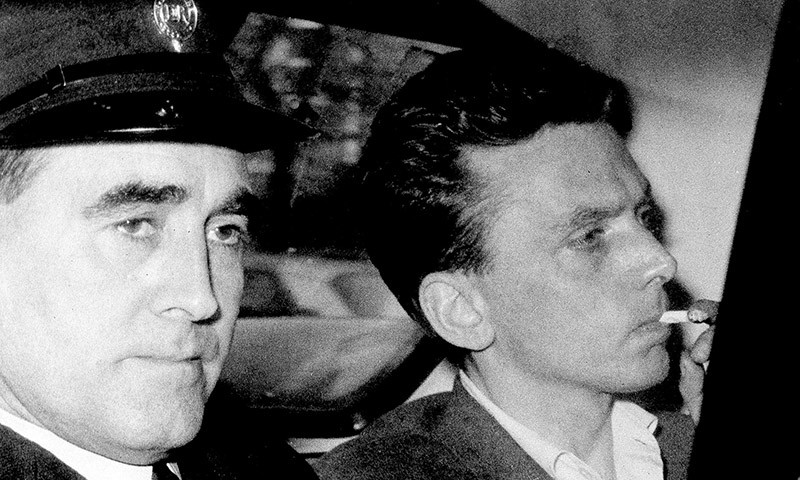 The ashes of notorious British child serial killer Ian Brady have been scattered at sea after he was cremated without ceremony last week, court documents revealed Friday.

The remains of Brady, who died aged 79 in May, were placed in a weighted urn and buried off the coast of Liverpool, north west England, in the early hours of October 26.

Brady and his girlfriend Myra Hindley tortured and murdered five children between July 1963 and October 1965.

The victims, many of whom were sexually assaulted, were buried on Saddleworth Moor, in a national park near Manchester, although the body of 12-year-old Keith Bennett has never been found.

Relatives of the victims feared that Brady would have his ashes spread over the moor, but a court ruled out the possibility earlier this month.

"The deceased's wishes are relevant, but they do not outweigh the need to avoid justified public indignation and actual unrest," said Chancellor of the High Court Geoffrey Vos.

Vos also ruled that there be "no music and no ceremony."

Brady's lawyer Robin Makin said his client had asked for the fifth movement of Hector Berlioz's hallucinatory Symphonie Fantastique, "Dream of the Night of the Sabbath", to be played.

The brutality of their crimes and the role of Hindley in luring innocent young children to their deaths, have made it one of Britain's most infamous cases.

Years later, the pair confessed to Bennett's murder and that of 16-year-old Pauline Reade.

Brady never expressed remorse for the killings, and the judge in his trial said both he and Hindley were "evil beyond belief". Hindley died in prison in 2002.