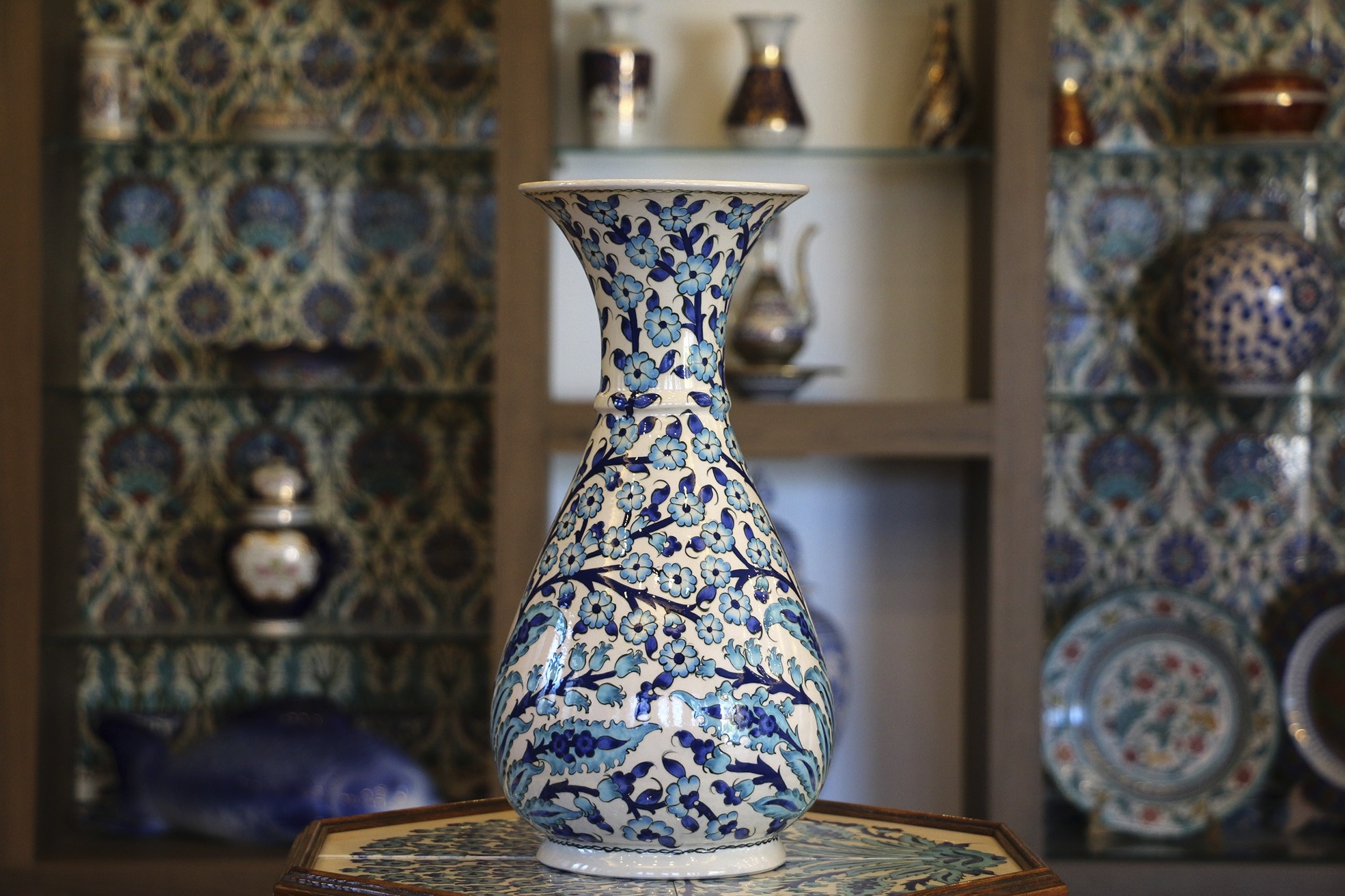 Accepted as part of the Creative Cities Network of the U.N. Educational, Scientific and Cultural Organization (UNESCO) on Oct. 31, Turkey's Kütahya province has earned the title of "Creative City" in the field of handicrafts.

Speaking to Anadolu Agency (AA), Mayor Kamil Saraçoğlu said, "Kütahya is registered as one of 37 handicraft and folk art cities in the world. Therefore, it has become one of the cities that is counted in the world for developing and [further] improving crafts and folk arts, embracing art and handicrafts as the basic factor of economic, social, cultural and sustainable development."

Explaining that Kütahya is among the 180 cities that have been accepted as "Creative Cities" by UNESCO, Saraçoğlu went on to say that "The number of creative cities in Turkey rose to four after the provinces of Istanbul, Kütahya and Hatay were added to the network, along with Gaziantep. Therefore, Turkey is now one of the most well-known countries included in UNESCO's Creative Cities Network. While Kütahya is the first city to be included from Turkey in the category of crafts and folk art, it is also the 37th city to have been accepted in this category from around the world. In other words, Kütahya is registered as one of 37 crafts and folk art cities in the world. We are a city that is developing and improving through crafts and the arts."

Saraçoğlu implied that the city was able to be accepted to the network with its initial application as a result of initiatives that have been carried out since the beginning of 2016 in coordination with the Kütahya Municipality and the Zafer Development Agency (ZEKA).

"Kütahya has proven itself successful in this field. This feat has been achieved as a result of the devoted efforts of all city leaders. Since ongoing efforts have continued for two years, Kütahya [province] was successfully registered to the network with its first application. While we work to make Kütahya a more livable city by solving the substructure and superstructure problems, we are also engaged in efforts to introduce our cultural and artistic values; including Kütahya tiles especially, to national and international platforms. This project is a result of our efforts to introduce Kütahya, the city of happy people, to the world," the mayor said.

Noting that the city's inclusion in UNESCO's Creative Cities Network is an important step in making the Kütahya tile a world brand, Saraçoğlu also noted that "More than 4,000 artists and craftsmen currently work in more than 400 art and craft studios in Kütahya. We will continue conducting projects to introduce the handicrafts of our city in the following stage. Our next goal is to introduce the culture and values of the city to the world and popularize these values as a positive, universal example."