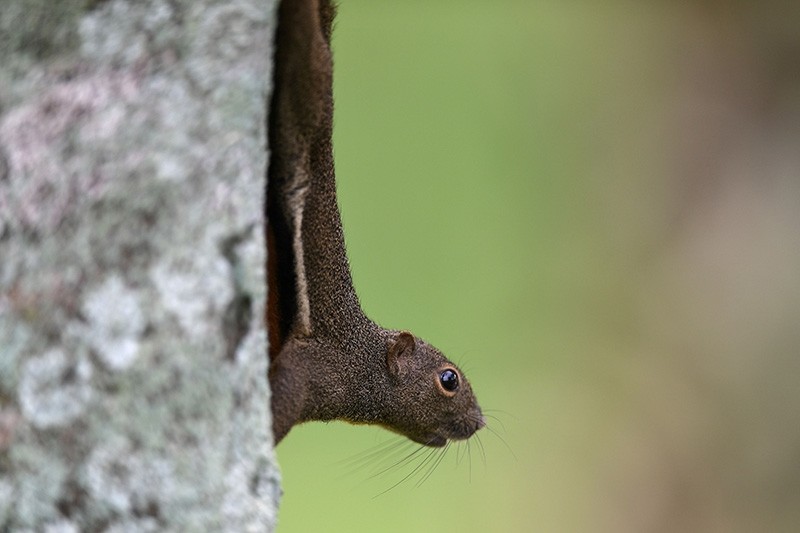 The earliest mammals were night creatures which only emerged from the cover of darkness after the demise of the daytime-dominating dinosaurs, researchers said Monday.

This would explain why relatively few mammals follow a daytime-active or "diurnal" lifestyle today, and why most that do still have eyes and ears more suitable for living by night.

Maor and a team provide evidence for a long-standing theory that tens of millions of years of evading dinosaurs caused a nocturnal "bottleneck" in the evolution of mammals -- the group of warm-blooded, milk-producing creatures that includes our own species.

Because they hid out in darkness for so long, possibly to avoid competition with dinos for food or territory, or being eaten by them, mammals today are not quite on par with fish, reptiles and birds when it comes to daytime vision.

Mammals, apart from primates, lack a part of the eye known as the fovea, which many fish, reptiles and birds have and is replete with photoreceptor "cone" cells for seeing colour in high light.

Instead, they tend to have more "rod" cells, which can pick up scant light in dim conditions, but provide relatively low resolution.

Modern-day mammals which are active mostly by day -- including types of squirrel, tree-shrews, some antelope and many carnivores -- also still tend to have a keen sense of smell and acute hearing, attributes required for living in the dark.

Maor and a team analysed the lifestyles of 2,415 living mammal species, and used computer algorithms to reconstruct the likely behaviour of their ancestors, and their ancestors before them -- going back to the very beginning of mammals.

The earliest mammal ancestor emerged between 220 million and 160 million years ago, evolving from a reptilian forebear. And it was probably nocturnal, according to the study published in the journal Nature Ecology & Evolution.

Dinosaurs, on the other hand, were likely day-dwellers seeking out sunlight to warm their bodies like reptiles today.

The data revealed that mammals remained nocturnal throughout the Mesozoic period, which ended about 66 million years ago when a massive calamity, possibly an asteroid strike, wiped out the dinos and about three-quarters of life on Earth.

Most stayed nocturnal, some embraced the daytime, and others -- including cats, elephants and cows -- are today a bit of both.

Primate ancestors were among the first mammals to become strictly diurnal -- possibly as long as 52 million years ago -- the researchers found.

This explains why our primate family is better adapted to the sunlit way of life -- we've had more time to evolve and adapt.

The reason for the shift from night to day is not clear, said Maor, but may have included a "reduced risk of predation" to early mammals.

The study, while showing a strong correlation between the death of dinos and the daytime emergence of mammals, cannot conclude that one led to the other.