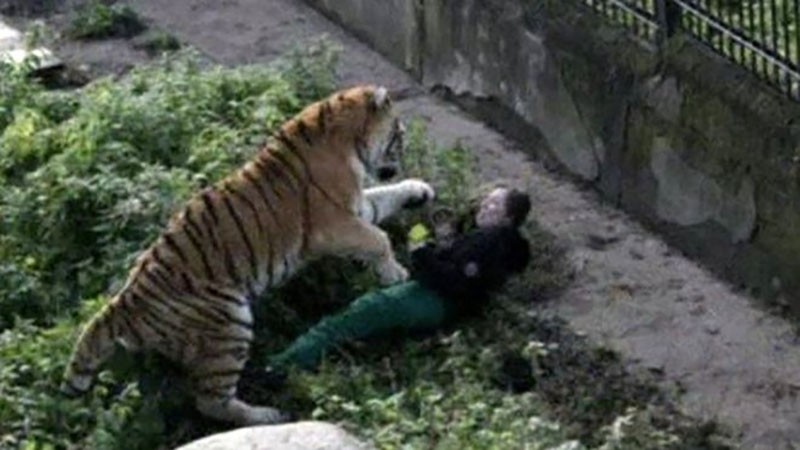 An onlooker snapped this photo of tiger attacking a Russian zookeeper (Reuters Photo)
by daily sabah
Nov 07, 2017 12:00 am

Horrified visitors to a zoo in Kaliningrad, Russia saw a Siberian tiger in action, as it attacked and mauled a female zookeeper.

The zookeeper was reportedly bringing food into the animal's pen, when the tiger, called Typhoon, slipped out of his unlocked cage and pounced on the woman.

Onlookers quickly responded by shouting and throwing rocks, chairs and a café table at the tiger, distracting it enough for the zookeeper to escape.

The unnamed zookeeper, who had worked at the zoo for 20 years, is in the hospital recovering from injuries.

"Her condition is stable and her life is not in danger," said zoo spokesperson Ekaterina Mikhailova.

In a statement the zoo said Typhoon the tiger, who is 16 years old, has not acted aggressively before toward zoo staff.