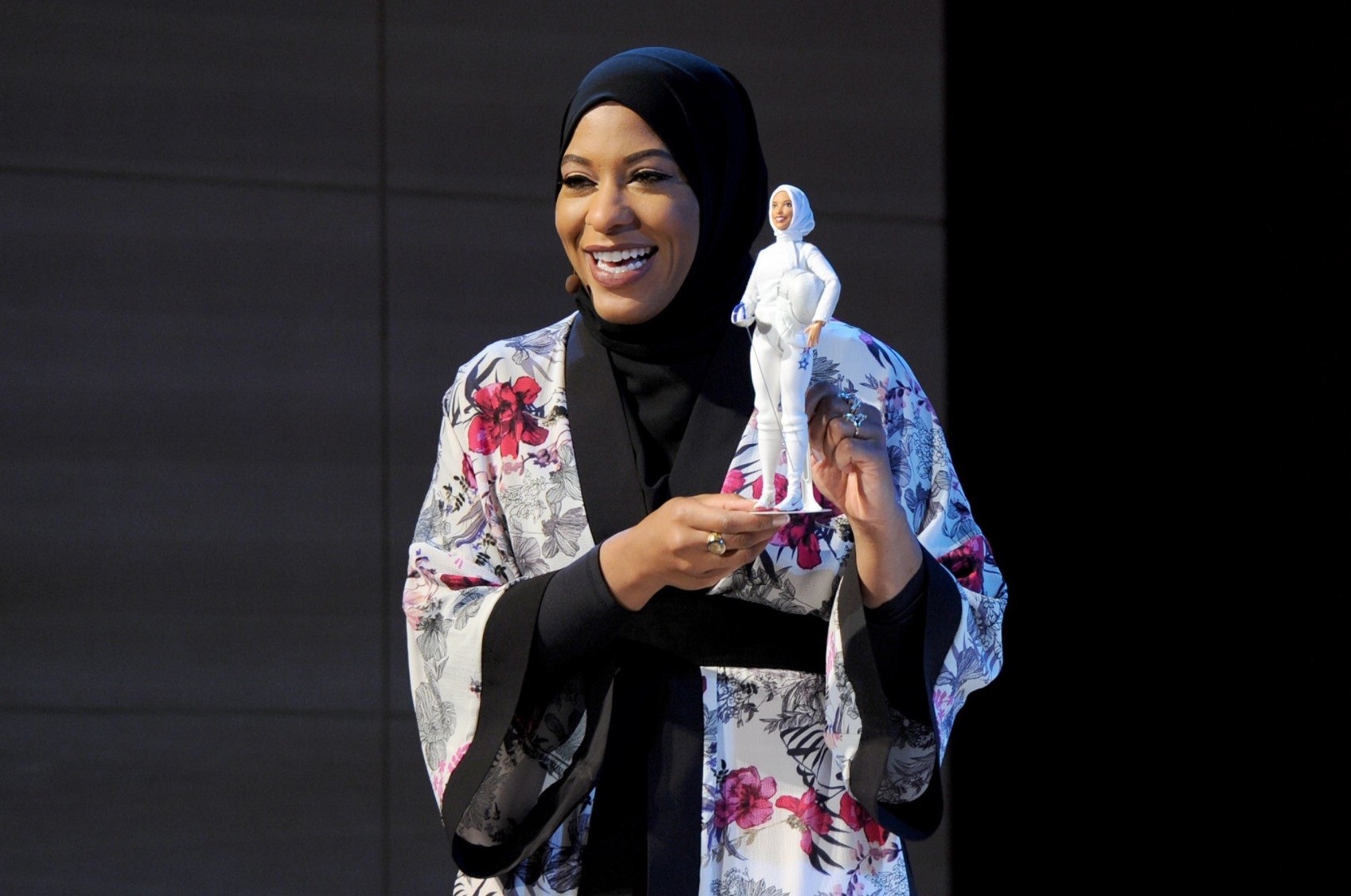 The maker of Barbie has announced it will sell a doll modeled after Ibtihaj Muhammad, an American fencer who competed in last year's Olympics while wearing a hijab.

Mattel Inc. said the doll will be available online next fall. The doll is part of the Barbie "Shero" line that honors women who break boundaries. Past dolls have included gymnast Gabby Douglas and "Selma" director Ava DuVernay.

31-year-old Muhammad described the doll created in her image as a "childhood dream come true."

"Thank you @Mattel for announcing me as the newest member of the @Barbie #Shero family! I'm proud to know that little girls everywhere can now play with a Barbie who chooses to wear hijab!" she wrote on Twitter.

"I had so many moments as an athlete, where I didn't feel included, where I was often in spaces where there was a lack of representation," Muhammad said Monday night at the Glamour Women of the Year gala in New York. "So to be in this moment, as a U.S. Olympian, to have Mattel, such a global brand, diversify their toy line to include a Barbie doll that wears a hijab is very moving to me."

Muhammad, the first American to compete at the Olympics while wearing a hijab, won a bronze medal in fencing at the 2016 Rio Games.

"There was so much about the doll that was important to me," she said. "I know as a kid I was bullied for having larger legs, and sport taught me to embrace my body and to love my body and the strength that it could produce. I think that having strong legs helped me win a medal at the Olympic Games, so I wanted my legs to be larger, more athletic legs, toned legs. And I am very into eyeliner, so I wanted a strong-winged cat eye. And Mattel listened to everything, everything even down to the fabric of the hijab.

It will be on sale online from 2018, a Mattel spokeswoman told AFP.

"We are so excited to honor @IbtihajMuhammad with a one-of-a-kind #Barbie doll! Ibtihaj continues to inspire women and girls everywhere to break boundaries," Mattel wrote on its social media accounts, accompanied by a photo of Muhammad holding the doll.

On its website, Mattel said the new Barbie is "inspiration for countless little girls who never saw themselves represented in sports and culture," adding it hopes the doll "shows girls they can be anything."