Access to education is the best weapon to end child labor, experts say 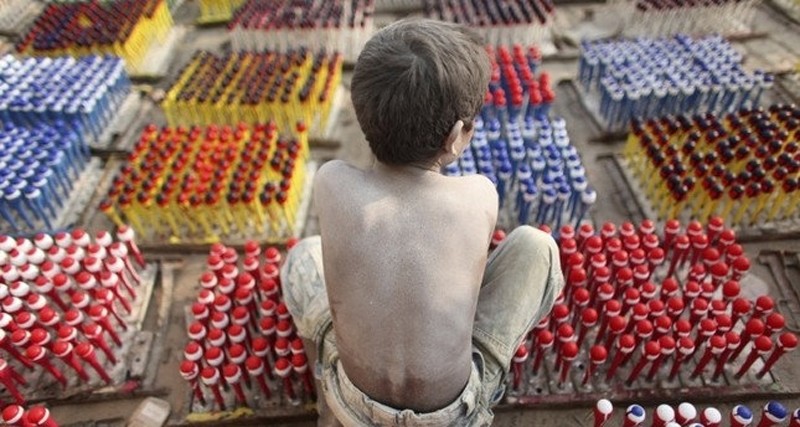 Access to education is key to ending child labor but many countries are not investing enough to rescue some 150 million children globally from often hazardous work, experts said.

When schools offer meals, transport and occupational training, children can often stop working, experts said on Thursday at the fourth annual Global Conference on the Sustained Eradication of Child Labour.

"We need to work hand in hand with the government so the facilities are there when we get a child out of work and back into education," said Hillary Yuba of the Progressive Teachers' Union of Zimbabwe.

Ending child labor by 2025 is one of 17 ambitious global goals that the United Nations (U.N.) adopted in 2015, aimed at ending poverty and inequality.

Nearly one in 10 children around the world work, the leading U.N. anti-slavery group says. Half of them do hazardous work and more than a third do not go to school.

"The future is going to be a world free of forced labor and child labor," said Guy Ryder, director-general of the U.N. labor agency, the International Labour Organization (ILO).

"There's no excuse ... We know what those choices are."

Many countries are failing to meet commitments made in international treaties against child labor, experts said.

"This is the challenge of our century," said Mohamed Ben Omar, minister of labor in Niger, where a population boom means the number of school-age children is growing.

"The investment just isn't there."

An injection of $39 billion could provide quality pre-primary, primary and secondary education to all children by 2030, said children's activist Kailash Satyarthi, who was awarded the Nobel Peace Prize in 2014.

Many countries have abolished fees that keep poor children out of school but there are often hidden costs like uniforms and transport, he told the Thomson Reuters Foundation.

He has been campaigning to encourage legislators to return to their schools and engage with children.

"We also introduced lunch and afternoon tea," he said, adding that schools in Paraguay also teach skills such as having self-esteem and positive attitudes toward learning and work.