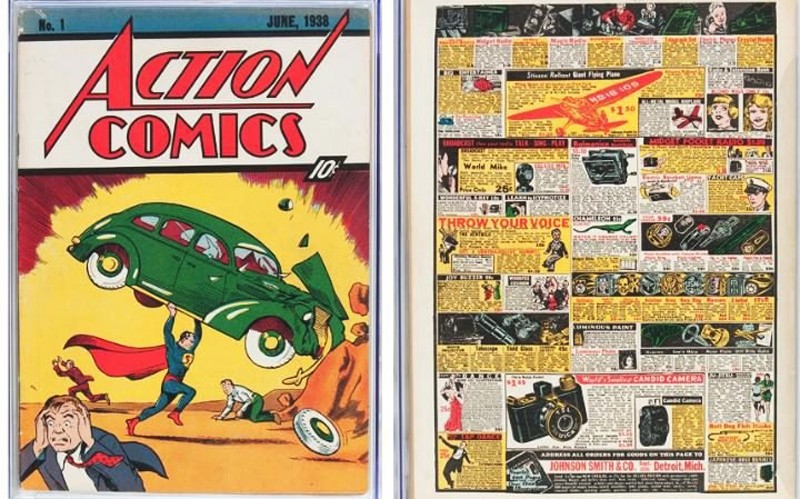 A well-preserved issue of the 1938 comic book to feature Superman is heading to the auction block.
Profiles in History announced Friday that it will sell a copy of Action Comics #1 at a Dec. 19 auction in Los Angeles. The comic, which features Superman hoisting a car over his head on its cover, is expected to sell for between $800,000 to $1,2 million.

The auction house says the comic is in its original condition and has been rated in fine/very fine condition.

The sale comes a few months before the 80th anniversary of Superman's debut.

The auction features other Superman memorabilia, including a costume worn by actor Christopher Reeve in 1983's "Superman III."

The Man of Steel is back on the big screen this week in "Justice League."

Action Comics #1 published in June 1938 is the first issue of the original run of the comic book series Action Comics. It features the first appearance of several comic book heroes — most notably the Jerry Siegel and Joe Shuster creation, Superman. For this reason it is widely considered both the beginning of the superhero genre and the most valuable comic book of all time.