Museum seeks to convince Indians that toilets are not dirty 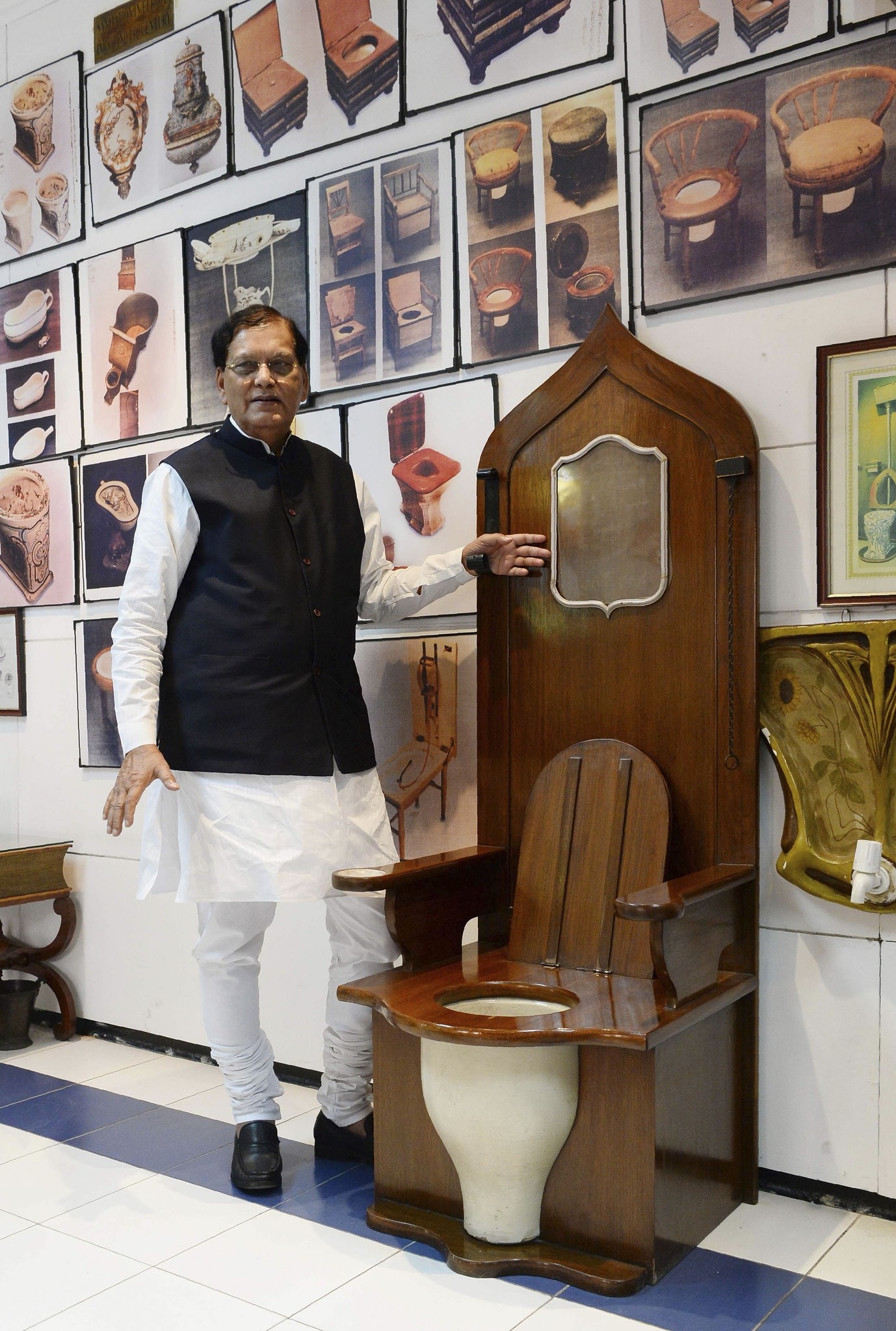 Founder of sanitation charity Sulabh International Bindeshwar Pathak speaks during an interview as he stands beside a replica of a toilet used by French King Louis XIV in New Delhi.
by Nov 20, 2017 12:00 am

A throne with a built-in commode for a French monarch takes pride of place at a New Delhi museum trying to break taboos surrounding toilets in a country where such convenience remains a sensitive issue.

The replica of the wooden throne used by King Louis XIV is among a treasure trove at the Sulabh International Museum of Toilets, tucked away in a bustling suburb of the Indian capital.

The French king is believed to have struggled with constipation and held audiences while defecating to save time, say the museum curators.

Scores of curious visitors stop by daily to see the centuries-old commodes, chamber pots and bidets as well as a 21st century machine that turns human waste into ash in seconds. More were expected for Sunday's U.N. World Toilet Day which has events around the globe.

"It is quite an unusual museum and I believe it's the only one of its kind in the world," Bindeshwar Pathak, founder of the museum and the nonprofit Sulabh International, told AFP.

"The idea was to start a healthy conversation about sanitation and toilets. We wanted to tell people toilet is not a dirty word," he said, playing with a small black ball made from dried human waste mixed with glue.

Pathak said the museum has gained traction since being named among the world's top 10 whacky museums by Time magazine in 2014.

The walls of the museum are plastered with toilet room jokes as well as Victorian-era pictures of "basket women" in Europe carrying night-soil - fertilizer made from human feces.

Toilets are a touchy issue in India where about 600 million people - nearly half of the population - defecate in the open, according to UNICEF.

Some 70 percent of Indian households do not have a toilet - while 90 percent have access to mobile phones. More than half the world population does not have a home toilet.

Experts say open defecation in India stems from poverty and a belief that toilets inside the home are unclean. So people prefer to squat in the open.

Three years ago, Prime Minister Narendra Modi launched a massive cleanliness drive, pledging to build toilets for all by 2019.

So far the government has helped install more than 50 million toilets across the country of 1.3 billion people.

The Delhi museum's collection also draws the curious to see a cushioned loo used in European gambling clubs which helped members keep an eye on table stakes without having to take a break.

One 18th century pot used by French royalty mocks the English by being designed as a stack of Shakespearean classic books.

"It is very interesting to see and read about the quirky designs and the history behind them," said Vinita Lodwal, a 25-year-old studying to be a nurse.

"It's informative and funny too," said Lodwal, as she posed for a selfie with her friend in front of an ornately designed commode.