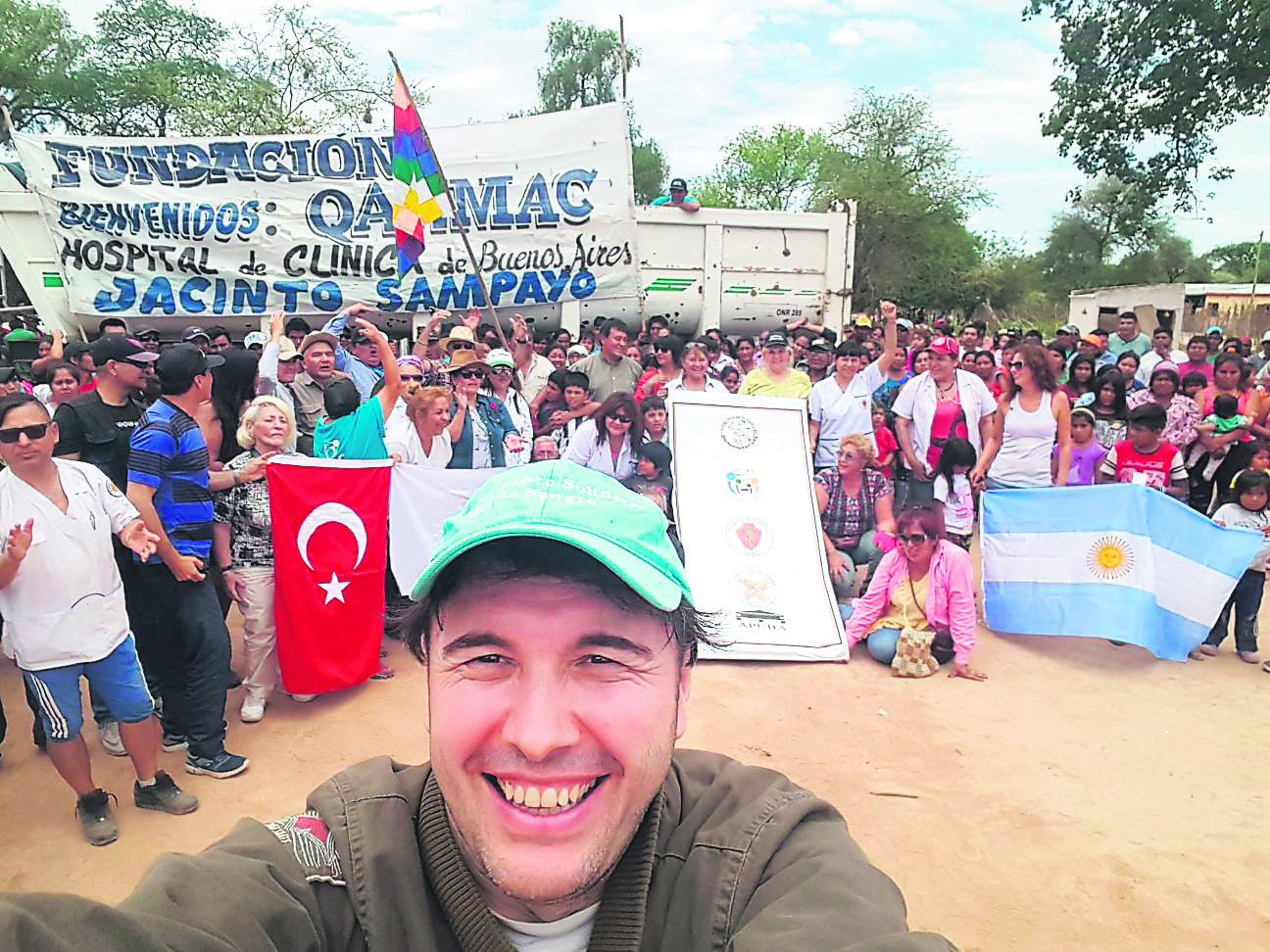 Turkish actor Ergün Demir, who grew up in France and continues his career in Argentina now, has become the "Guardian Angel" of Argentina with campaigns he holds to help the people.

Having started to live in Argentina after being invited to a program, actor Ergün Demir from Turkey's Black Sea Giresun province was given the title"Guardian Angel"after the fund drives he held.

He, lastly, came together with the poor people of Chaco province, which is the poorest area in northern Argentina, bringing them a team of 15 doctors and nurses and a lorry full of medicine, clothing and food.

The actor, who traveled 3,500 kilometers to bring the donations, was honored by the Chaco governor and was gifted a flag of the region.

"I brought the compliments of Turkey to Chaco, where electricity and water haven't reached yet. We have distributed aid in the area where the Turkish flag floats [in the sky]. The ones who see it cry and say, 'Hurray Turkey.' This made us really happy. There is kindness and happiness wherever there is Turkish presence," said Demir.

Life story from Yağlıdere to Argentina

Born in Yağlıdere district in Giresun province, Ergün Demir moved to France in his childhood and started theater when he was 10 and later played in the French State Theatre. Coming to Turkey upon the invitation of famous actor Ayla Algan, Demir taught acting to renowned cinema and TV series actors and actresses. Demir, who played the role of Ali Kemal in the TV series titled "Binbir Gece" (1,001 Nights), has played many roles in various TV series and films. "Binbir Gece," which was also screened in Argentina with the export of Turkish TV series in the recent years, broke rating records in the country. The journey of Demir, who mesmerized Argentinian spectators with his character Ali Kemal, started after the series. He became popular in the country with his successful performance in the competition titled "Dancing with Stars," which he joined upon an offer from an Argentinian TV channel.

Having been awarded the title of "the most Googled figure on the internet in Argentina" and chosen the "Star of the Year" in 2015, Demir was seen on many magazine covers.

"I was an accepted actor in France. I danced in Argentina, carrying the Turkish flag on my shoulders. I fulfilled my duty there like a cultural ambassador. An artist flourishes not where he or she wants but where she or he is appreciated."