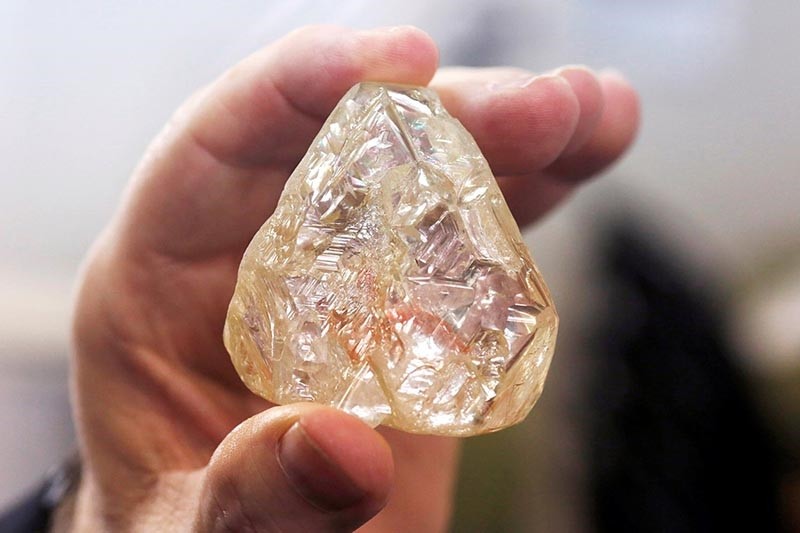 An undated handout photo made available by the Peace Diamond showing the Peace Diamond which is the worldu2019s 14th largest diamond at 709 carats (EPA Photo)
by Compiled from Wire Services Dec 05, 2017 12:00 am

Sierra Leone sold one of the world's largest uncut diamonds for $6.5 million at a New York auction on Monday to raise funds for development projects in the West African country.

The egg-sized gem -- known as the "Peace Diamond" -- was bought by British luxury jeweler Laurence Graff, said Martin Rapaport, chairman of Rapaport Group, a network of diamond companies that managed the auction.

"One hundred percent of the value of this diamond, of the auction sale of this diamond, is going to go to the government and the people of Sierra Leone. Never before has this happened," Rapaport told reporters.

The 709-carat stone, which was unearthed in March, is the largest discovered in Sierra Leone in almost a half-century and is between the 10th and 15th largest ever found worldwide, experts say. 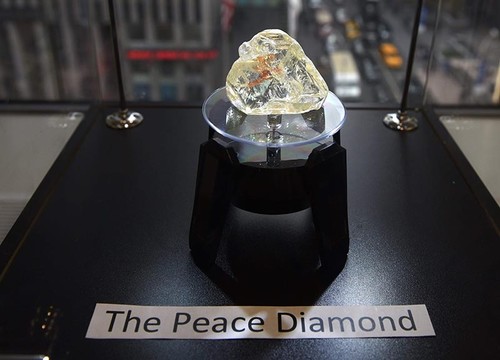 The Peace Diamond is on display at the Rapaport Group on December 4, 2017 in midtown New York (AFP Photo)

Found by a company led by evangelical Pastor Momoh, the diamond was given to the government in the hopes it would handle the sale in a way that leaves more profits and development potential in Sierra Leone.

It was the government's second attempt to sell the diamond after it rejected the highest bid of $7.8 million at an initial auction in the capital Freetown in May.

Ahead of Monday's auction the diamond was shown to some 70 potential buyers and received seven bids, Rapaport said.

"We showed the diamond everywhere. We did whatever we could and that's the best price that we can get from the market today," he said.

The United Nations lifted a ban on diamond exports from Sierra Leone in 2003, though the $113 million sector is plagued by smuggling.

Diamonds fuelled a decadelong civil war in Sierra Leone, ending in 2002, in which rebels forced civilians to mine the stones and bought weapons with the proceeds, leading to the term "blood diamonds."