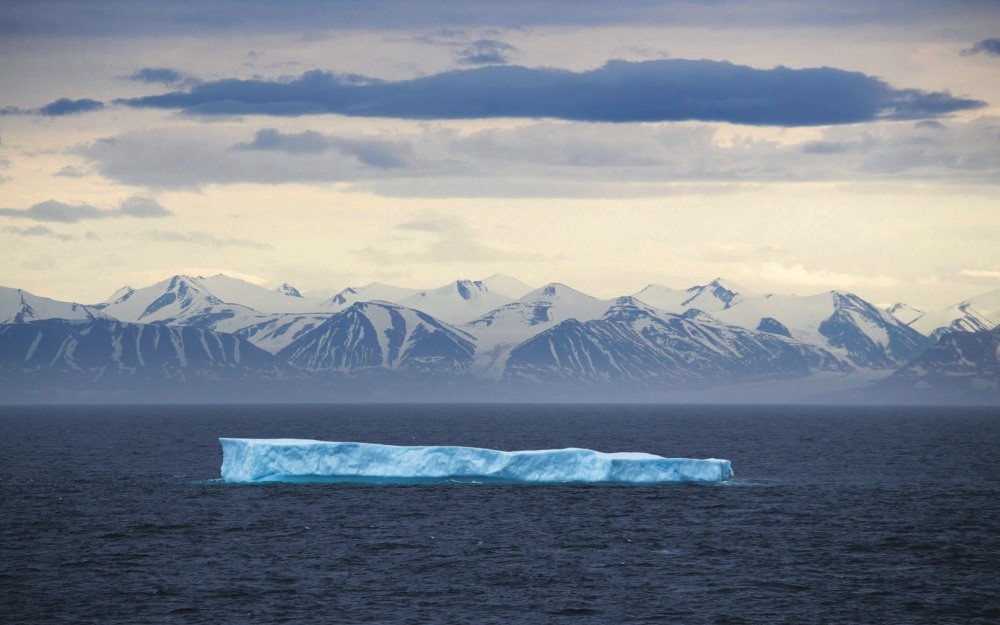 An iceberg floats past Bylot Island in the Canadian Arctic Archipelago.
by reuters
Dec 06, 2017 12:00 am

Melting Arctic sea ice could render sun-soaked California vulnerable to a recurrence of the severe drought suffered in recent years as it is likely to cause high pressure systems that push away rain-bearing storms, a study released on Tuesday said.

As temperatures rise, the Arctic Ocean is expected to become ice-free within two or three decades, resulting in more of the sun's heat being stored in the Arctic Ocean, leading to atmospheric circulation changes and cloud formations in the tropical Pacific that move north.

That will lead to the building of high pressure system known as an atmospheric ridge in the northern Pacific off California's coast, steering storms north into Alaska and Canada, the study said.

"This has the potential to make a drought very similar to the one we had in 2012 to 2016," said Ivana Cvijanovic, an atmospheric scientist at the Department of Energy's Lawrence Livermore National Laboratory.

Cvijanovic led the study with contributions from colleagues at the lab and at University of California, Berkeley.

U.S. meetings on the Arctic warming are mostly attended by scientists and members of Alaskan communities, but Cvijanovic said residents of other regions should pay attention.

"Studies like this one imply that it's not only a problem (for communities in Alaska) and that Arctic Sea ice loss that we expect in the next couple of decades could have massive effects" on Californians and other people around the world, she said.

Modeling by the scientists showed that the loss of sea ice could cause a 10 to 15 percent decrease in California's rainfall when considering a 20-year mean, with some years becoming much drier and others becoming wetter.

The loss of Arctic sea ice is only one path to a drier California that scientists have predicted.

A previous study on drought in the country's most populous state blamed another aspect of global warming. California's temperatures have risen about 2 degrees Fahrenheit over the last century and the warmer air holds more water, sucking moisture out of soil, rivers and streams.

The study appeared in the journal Nature Communications and was funded by the Energy Department's science office.