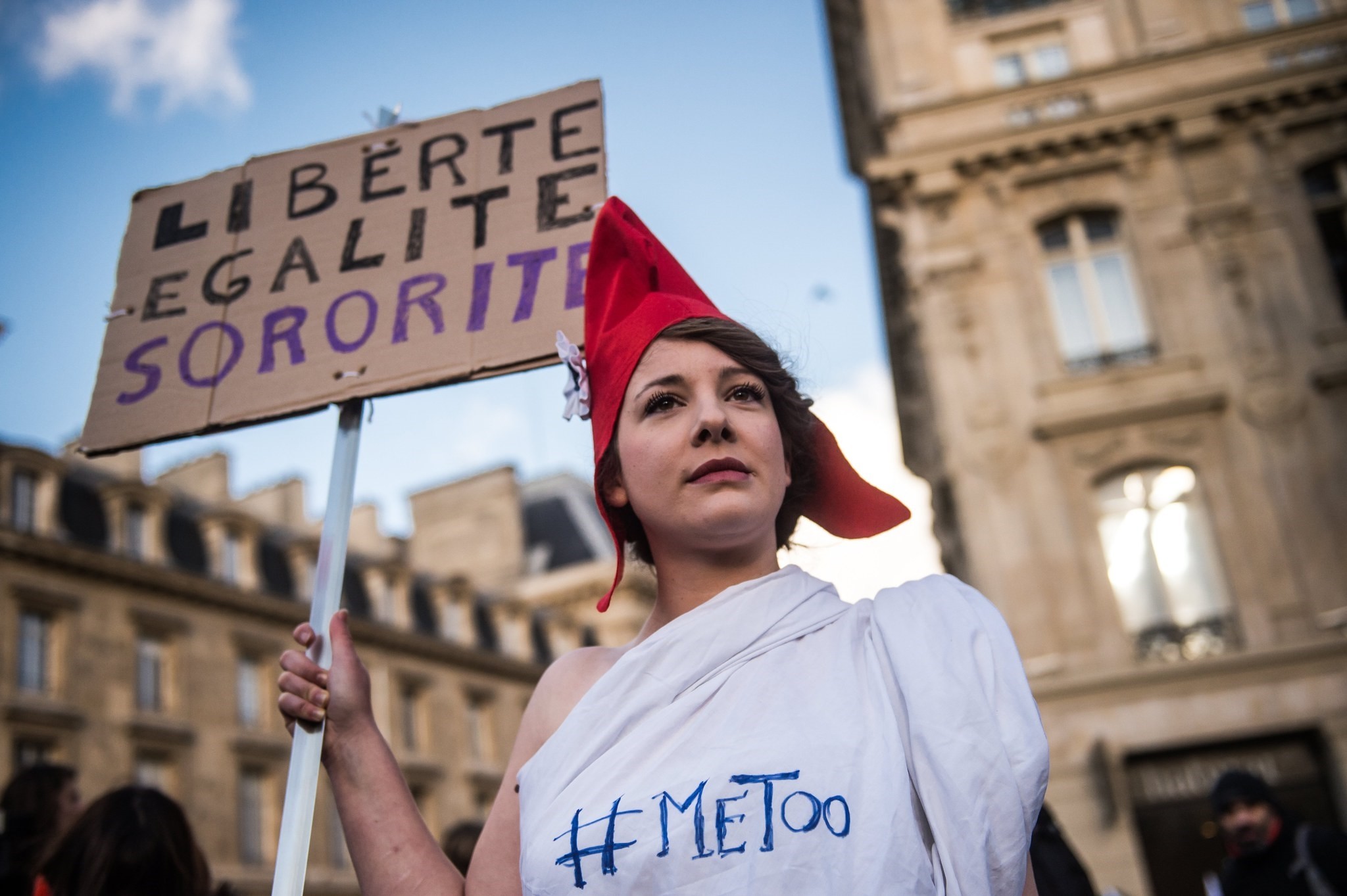 An activist with the #MeToo hastag holds a poster reading 'Liberty Equality Sisterhood' during the International Day for the Elimination of Violence Against Women march in Paris, Nov. 25, 2017. (EPA Photo)
by Compiled from Wire Services Dec 06, 2017 12:00 am

Time magazine has named the social movement aimed at raising awareness about sexual harassment and assault, epitomized by the #MeToo social media hashtag, as the most influential "person" in 2017, the publication announced on Wednesday.

"This is the fastest moving social change we've seen in decades, and it began with individual acts of courage by hundreds of women - and some men, too - who came forward to tell their own stories," Time editor-in-chief Edward Felsenthal told NBC's "Today" program, referring to them as "the silence breakers."

The announcement was made Wednesday on NBC's "Today" show, where longtime host Matt Lauer was recently fired amid harassment allegations.

The "Silence Breakers", as Time dubbed them, are a largely female group of victims who have come forward with their stories of assault in an unprecedented mass showing.

In October, a New York Times expose brought to light ultimately terminating allegations of sexual assault by former Hollywood titan Harvey Weinstein. Since the story broke a number of others, including actresses Rose McGowan and Ashley Judd have added their voices to the chorus of charges against the former Hollywood producer and executive.

"I think people forget a lot that there's a human behind this," McGowan said during an interview with NBC's morning program, Today. "We're conditioned form birth, since before our feet hit the ground, to be polite... politeness kills."

Weinstein denies having non-consensual sex with the women, and says he "never laid a glove" on Judd. But the sheer volume of claims, as well as the powerful article led to his departure from his self-named production company, and fall from grace.

After Weinstein, dozens of other men from the entertainment, news media, politics, technology and culinary spheres have faced damaging allegations to varying degrees.

But nowhere have they been more a flashpoint for controversy than with Alabama judge Roy Moore. The Republican nominee for the Senate has been met with charges from nine women over sexual abuse. Some of the women claim the impropriety occurred when they were minors.

After the Washington Post brought the story of Leigh Corfman to light, a torrent of details has been made public appearing to corroborate their stories.

Like Weinstein, Moore denies the charges, and a conservative organization has sought to discredit the Post in an undercover sting operation thwarted by the newspaper's journalists.

Much of the opening of the social space that allowed the stream of allegations to be set free is due to an online movement known as #MeToo that encouraged women to come forward with their stories.

"I could never imagine this," creator Tarana Burke told Today. "I could never have envisioned something that would change the world. I was trying to change my community."

Trump was named runner-up for the magazine's honor after claiming he passed on being offered the top spot for the second year in a row. Trump's claim has been dismissed by Time, but Time wrote that during his first year he has changed the American presidency dramatically.

Rounding out the top three is China's President Xi Jinping who Time said this year has "cemented his place as the most powerful Chinese leader since Deng, the visionary who turned China toward a market economy in the mid-'80s".