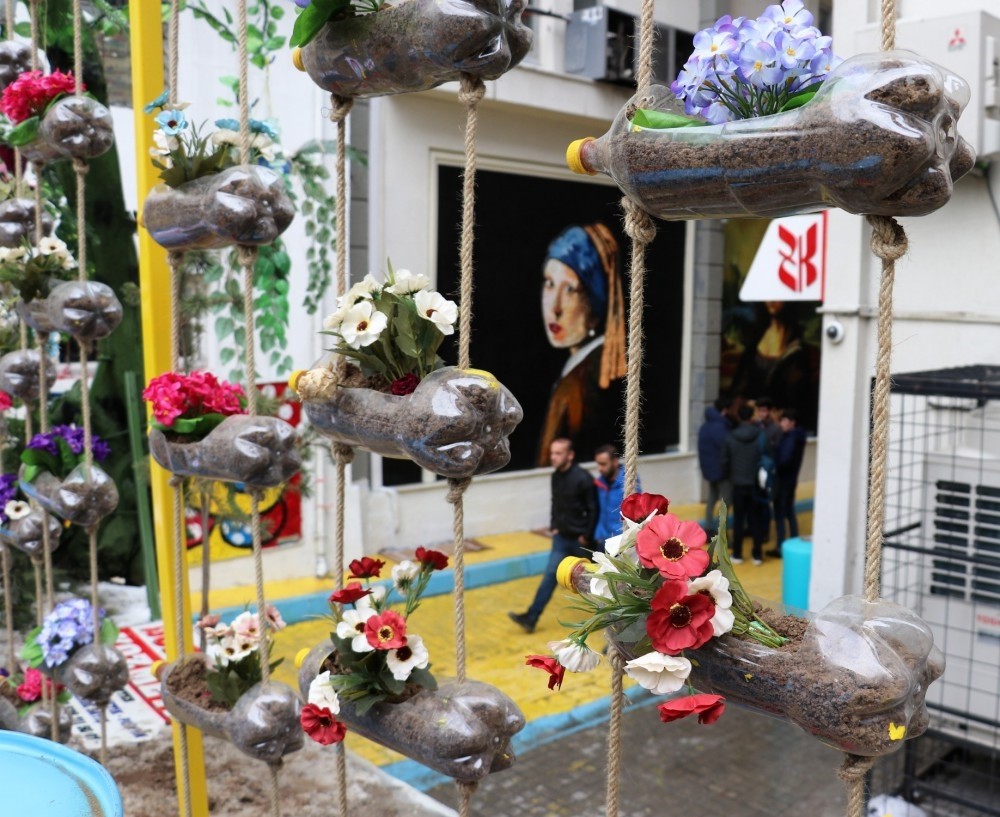 Created under the direction of İpekyolu Municipality in Van province, the "Recycled Street" project was conceptualized to draw attention to the importance of recycling.

İpekyolu Municipality has prepared a project to turn an alley on Cumhuriyet Street, one of the busy places in the city, into a street designed around recycling after the assignment was handed down from the Ministry of Interior.

As part of the project, municipality teams collected recyclable materials, such as rubber, waste metal and plastic caps.

After turning the waste material into dog houses, bookstores, armchairs, flower boxes and knickknacks, the teams also drew inspiration from famous artwork, including Salvador Dali's "The Persistence of Memory," Ahmet Hamdi Bey's "The Tortoise Trainer," Johannes Vermeer's "Girl with a Pearl Earring" and Leonardo Da Vinci's "Mona Lisa" on 50,000, created using plastic caps that they stuck on a wall of the street.

The street officially opened with a ceremony and is set to be used as a peaceful public space for resting and contemplation.

Speaking at the opening ceremony, İpekyolu District Governor and Deputy Mayor Cemil Öztürk said they started this project under the guidance of President Recep Tayyip Erdoğan's wife Emine Erdoğan in support of the Ministry of Environment and Urbanization's "No Waste Project."

Implying the municipality pays attention to recycling, Öztürk added that the importance of recycling is better understood in the modern world.

"We aimed to raise environmental awareness with Recycled Street, which is the first project of its kind in Turkey. The duty of the municipalities isn't only to collect garbage but also to recycle it. When we took office, 1,000 kilograms of garbage was being recycled every day. We have since increased this amount to 15 tons. We aim to increase it to 30 tons next year," the district governor asserted.