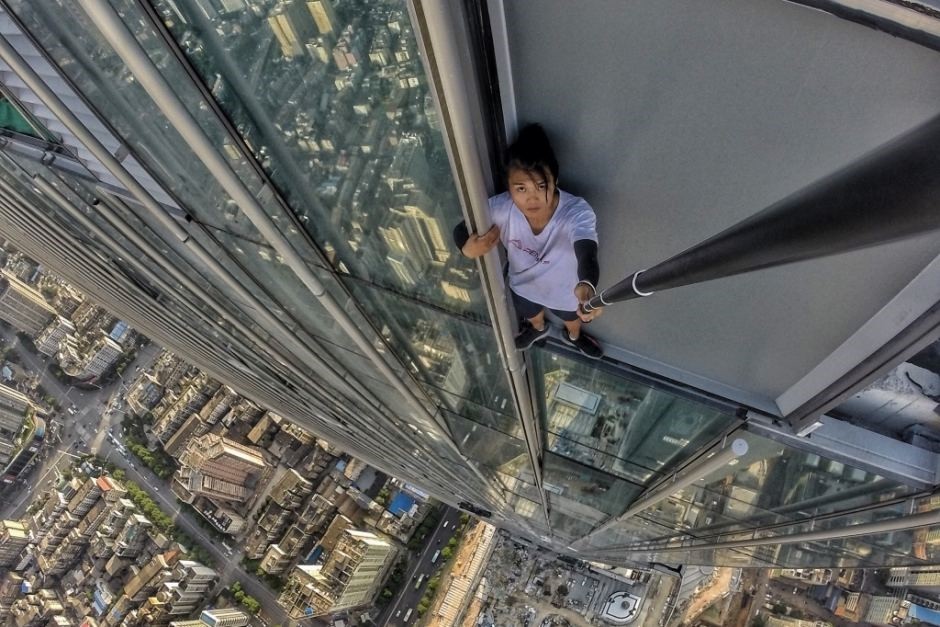 A young Chinese climbing enthusiast's fatal fall from a skyscraper while making a selfie video on a $15,000 "rooftopping" dare has spurred warnings by state media against the perils of livestreaming.

Wu Yongning plunged to his death from a 62-story building in central China on Nov. 8, the day he stopped posting videos of his skyscraper exploits on Weibo, China's equivalent of Twitter.

A month later, his girlfriend confirmed the death of the 26-year old in a Weibo post.

Wu, who had more than 60,000 followers of his Weibo account, was looking to win a prize of 100,000 yuan ($15,110) for a filmed stunt atop Huayuan Hua Centre in Changsha, capital of Hunan province, media said over the weekend.

His death was a reminder of the need for stronger supervision of livestreaming apps, the official China Daily said on Tuesday.

"Some of them try to hype things up with obscene and dangerous things, and their purpose is to attract more eyeballs and make a profit," it said in a commentary.

Tens of thousands of Chinese post videos of themselves in a bid for stardom on the livestreaming scene, whose popularity has grown rapidly, particularly in the e-commerce, social networking and gaming sectors.

Wu, who used to post videos of himself scaling tall buildings with no safety equipment, hoped to use the prize to pay his mother's medical bills, the Changsha Evening News said.

It was unclear which livestreaming platform Wu intended to post on.

"There should be a bottom line for livestreaming platforms, and supervision should leave no loopholes," ran a comment in the online edition of the People's Daily.

Wu's videos on his Weibo microblog had attracted several million views each.