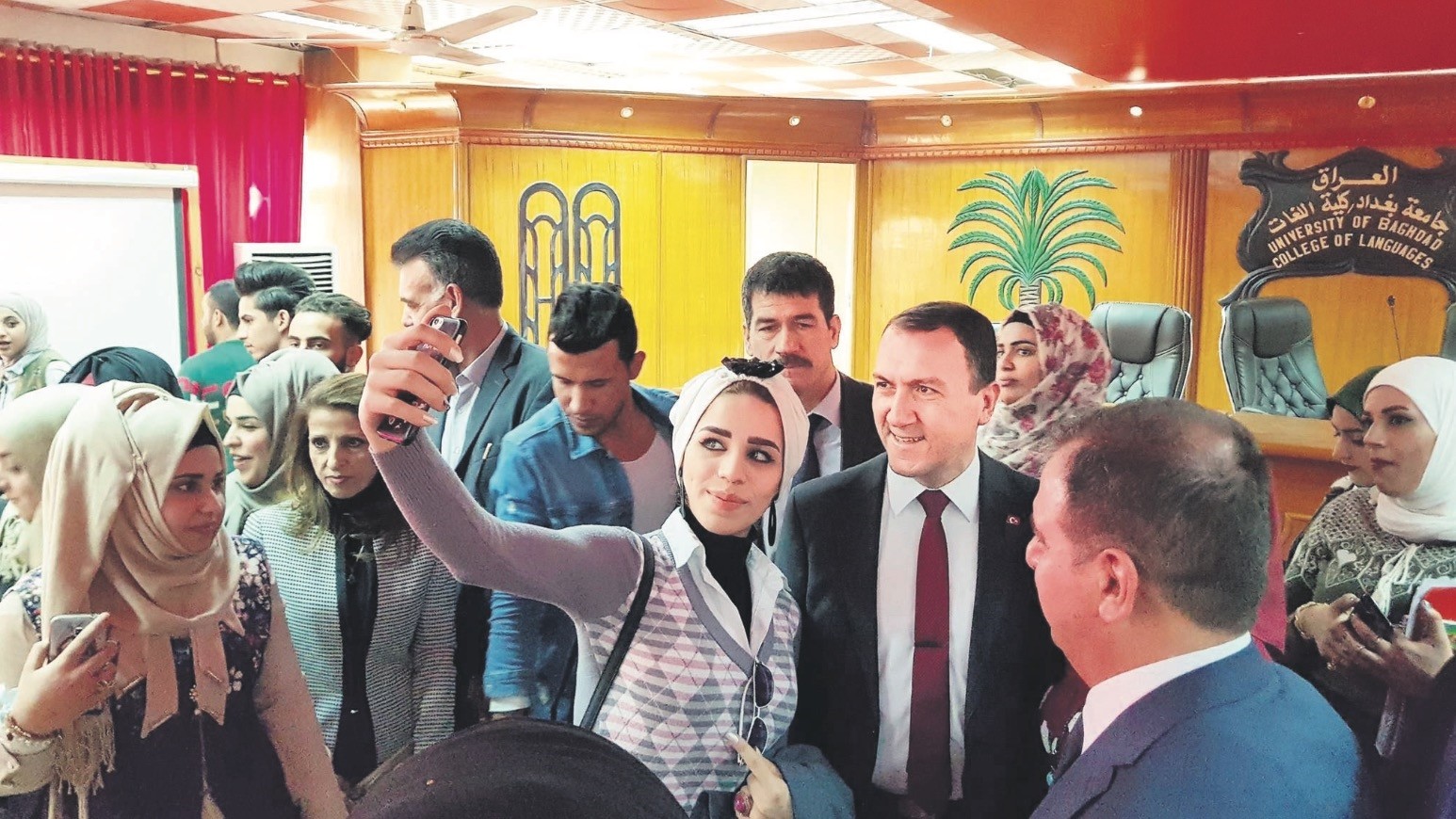 Turkey's Ambassador to Baghdad Fatih Yıldız is distinguished not only for his diplomatic work but also his close relationship with the local community of the ancient city.

Yıldız's key to the hearts of Baghdadis is through his "people's diplomacy" on the streets of the capital.

While the diplomatic mission is where Yıldız spends his office hours, he enjoys roaming the streets of Baghdad, close to the Iraqi community, where he can communicate with people from different backgrounds and neighborhoods.

Serving in one of the world's most dangerous capitals, Yıldız is well-known in Baghdad, as he is always approaching people during his visits to the bazaar, cafes, and historical sites throughout the city.

Traffic jams are no object, as he simply gets out of the car for a chat with people on the street.

Stressing the importance and support that Turkey gives to Iraq and its people, Yıldız does not hesitate to build a dialogue even with his somewhat limited Arabic vocabulary, reflecting his sincere approach.

This extraordinary activism, very unlike the often-cold face of politics, gives hope to Iraqis, who are weary of the violence they have faced at the hands of Daesh.

"It is impossible for a Turk or a Turkish diplomat to feel like a stranger in Baghdad," Yıldız told Anadolu Agency (AA). "All over Iraq, Turkish people can socialize quickly and communicate with people. My situation is a reflection of this.

"The people of Baghdad smile, they love life, and are very sincere," he said.

Yıldız also gets attention on social media for his legions of Iraqi followers, who call the ambassador "habbab" which means friendly or affable, and "humble."

Yıldız enjoys rediscovering the places in Baghdad where other state officials rarely go, and tries to revive the city by touching the remnants of the old social life.

Turkey's Embassy in Baghdad is located in al-Waziriya region, outside the sheltered Green Zone, where many ambassadors and foreigners are based.

Together with his wife Nesrin Yıldız, the ambassador takes advantage of this opportunity to approach locals, by walking together through the streets for their regular grocery shopping.

"I appreciate you, take care of yourself," Iraqi Prime Minister Haidar al-Abadi once said to Yıldız about his routine.

"We see ourselves as Baghdadis," Yıldız said.

"We get great response from Iraqis. They show us kindness. There is a great love and kindness for Turkey. This gives us enthusiasm and joy in our professional life," he added.

With the help of Turkey's state-run aid agency, Turkish Cooperation and Coordination Agency (TİKA) and the Turkish Red Crescent, Yıldız also helps people who were forced to flee to Baghdad due to Daesh terrorist attacks.

Yıldız also spearheads humanitarian aid from Turkey and distributes help outside Baghdad in the southern parts of the country.

"We do not approach them [Iraqis] with prejudice," he said.

"We are just being ourselves and value our bond."