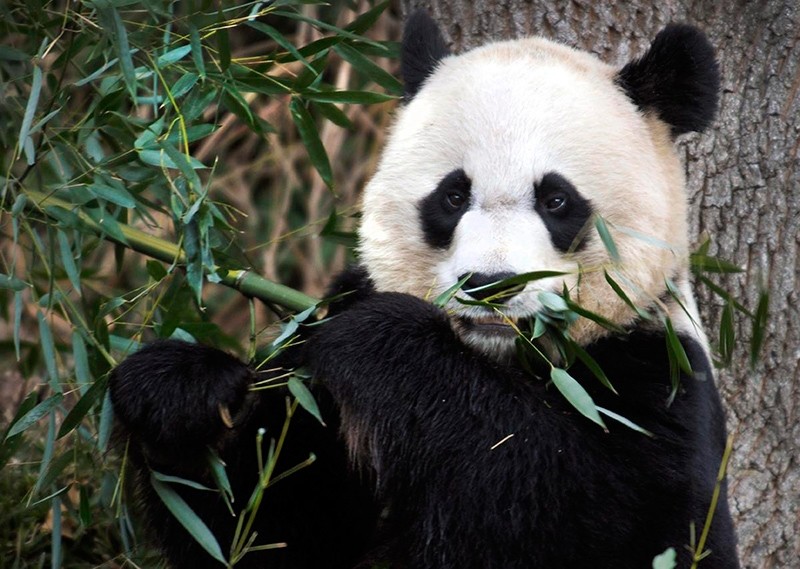 The mystery of why Berlin's beloved panda Meng Meng walks backwards has been solved: she's come to learn that her behavior is welcomed by humans and usually results in the replenishment of her bamboo supply.

A spokesman for the Berlin zoo said Thursday that Meng Meng's habit of walking backwards had likely been reinforced by the fact that it had resulted in attention from humans, who often gave her fresh bamboo to eat.

"Meng Meng is very human-friendly and has learned that her backwards-walk elicits a reaction from humans that usually has positive consequences for her," the spokesman said.

The zoo's feeding routine had been changed to help counter the habit, he said.

China lent Meng Meng and Jiao Qing, a male panda three years her senior, to Germany earlier this year. The two bears are a major attraction at the zoo's Chinese compound, which was inaugurated by Chancellor Angela Merkel and President Xi Jinping in July.

Meng Meng's odd habit caused widespread concern and amusement in Germany, with zookeepers earlier this year saying that sex between the two pandas was perhaps the solution for Meng Meng's habit, which they said was linked to frustrations over life in captivity.