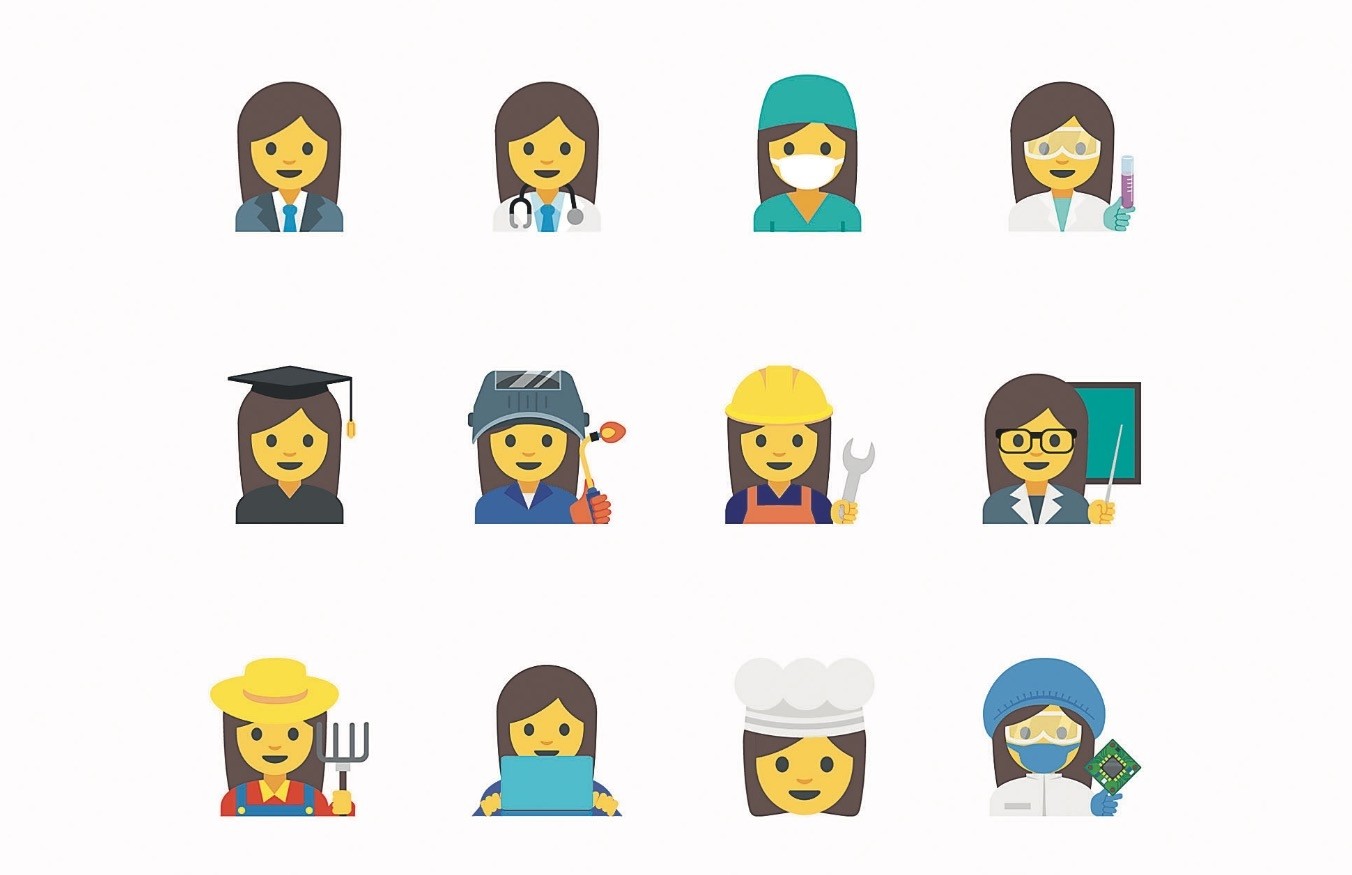 Little yellow faces can say more than a thousand words, at least online. A nonprofitconsortium that rules over the world of emojis is already preparing new symbols for 2018

For a man who influences what billions of messages on Facebook, WhatsApp and other social media look like, Mark Davis is relatively unknown.

However, the software engineer can arguably be called the lord of the smiley and emoji.

He and his team at the organization Unicode decide which new symbolic facial expressions, figures and objects will be appearing in messages around the world next year.

In his office in Zurich, the white-bearded, American software expert recently showed off the list of new symbols which are in the process of becoming part of the world's standard emojis in March.

The 70 candidates include a roll of toilet paper, a kangaroo, a sweating smiley and a mosquito.

There are also culturally specific additions: The nazar, a blue Turkish eye-shaped amulet that is believed to ward off the evil eye, and a red envelope, which is used for money gifts in several Asian countries.

Davis is co-founder and president of Unicode, a non-profit organization that sets standards for how we communicate in the digital world.

Emojis are only a small part of Unicode's work.

The organization assigns digital codes to letters and characters of every language, so that they show up correctly on digital screens across the world.

For Davis, Unicode presidency is only a voluntary position. To make a living, he works for U.S. digital giant Google in Switzerland.

The first emojis appeared in Japan around 1999, and soon became an important part of digital communications.

The Japanese word "emoji" is a combination of "e," meaning picture, and "moji," meaning character.

When Google wanted to introduce its email service Gmail in Japan in 2006, it soon became clear that this wouldn't be possible without including emojis.

Unicode has been including these symbols in its standards since 2010.

"We first thought it was a fad," Davis said. However, smartphones and social media platforms helped to promote the idea of keeping it short by using small images instead of many words.

Someone sending birthday wishes may now simply choose an image of a champagne bottle and a cake, while the recipient of the message might send back a pair of folded hands as a sign of thanks.

There are clear rules for choosing new emojis among the ones that people submit every year.

"Are there any prospects that the proposed symbol will be widely used?" Davis asked.

Additions to Unicode's list must be based on words that appear often in online search engines or on video platforms, and new symbols must not be too similar to the ones that already exist.

Marius Spix, a German software developer from Cologne, has already proposed two emojis: a suitcase and a puzzle piece.

"In text messages, it is often difficult to read someone else's feelings," he said. "Emojis allow us to express feelings in writing."

Spix knows what he is talking about, as he has Asperger's syndrome, a developmental disorder that is a milder form of autism.

"As an autistic person with Asperger's, it's often challenging to understand irony. Having a winking smiley is very valuable to me," he said. "Sometimes an emoji says more than a thousand words - a coffee cup, for example."

"The one with the raised eyebrow is especially great," he said, referring to a face that symbolizes scepticism.

Today, more than 2,300 such symbols are in use, including a smiling pile of brown poo that originated as a Japanese symbol for luck.

The website emojitracker.com shows which ones are the most popular at any given second.

According to this ranking, the world seems to be a happy place: A smiley laughing tears came first as this article was being written, followed by a red heart and a love-struck smiley.

More than half of the billions of the digital messages that are sent each days contain emojis.

However, Davis is not worried that we will one day stop communicating with written words. "Just take the first sentence of a novel and try writing it with emojis. You immediately see the limitations."