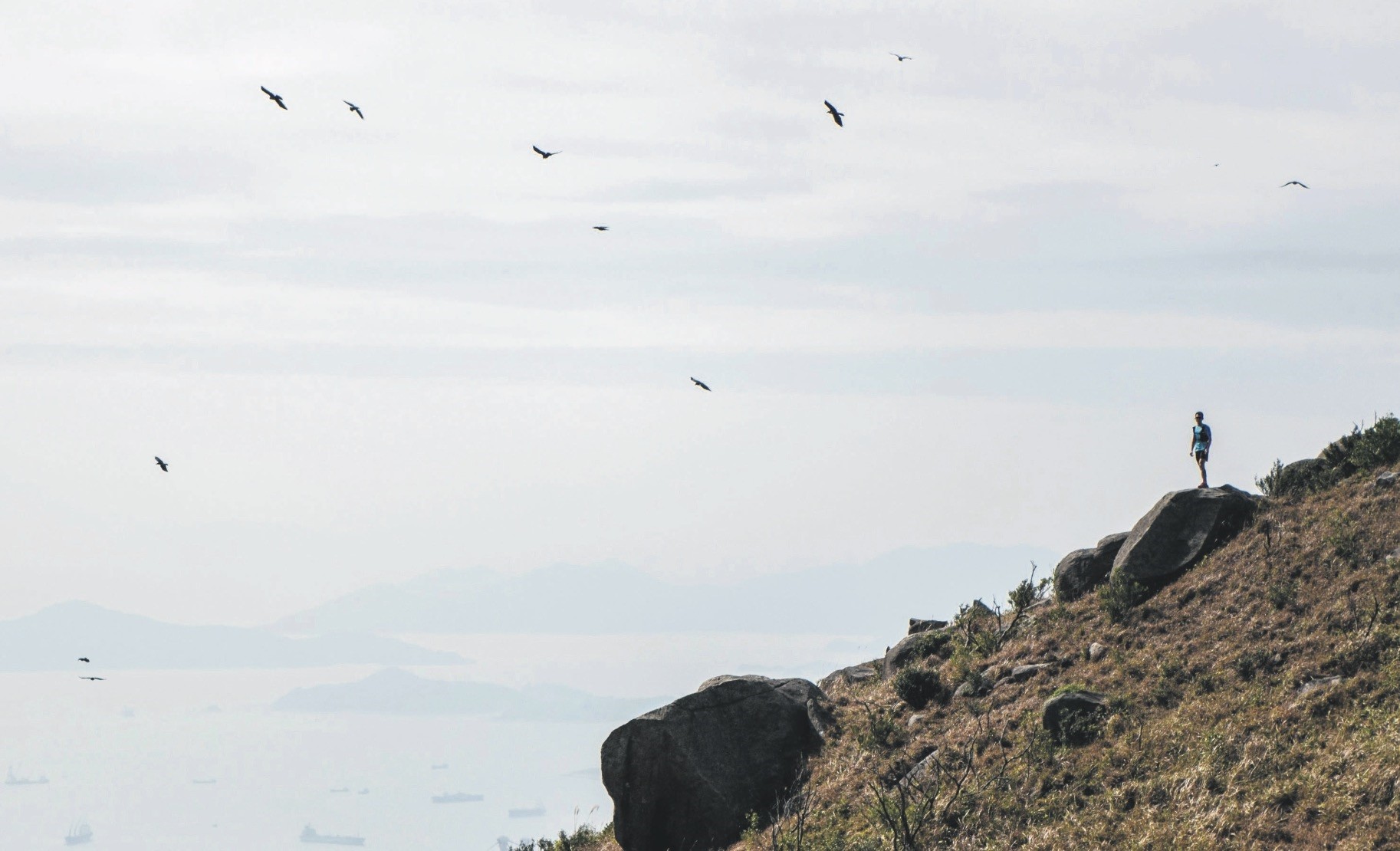 Trying hard to survive long working hours and very tiny ‘cage homes' that have nothing but a bed,people in Hong Kong people are escaping daily life by hiking in close areas to city center

Wooded hillsides, craggy ridges and wheeling birds of prey are a world away from Hong Kong's famous skyscrapers, but the city's country parks are a necessary balm for its stressed-out residents.

With some of the world's highest property prices, many can only afford tiny apartments, some living in infamous "cage homes" big enough only for a bed.

Fortunately, within easy reach of the densely packed tower blocks and traffic, there is an extensive network of hiking trails snaking over hundreds of peaks across the territory and along its coastlines.

For 29-year-old Dai-yu Cheung, those natural landscapes changed his life.

As a keen amateur photographer he decided to document some of the city's remoter areas, never having explored them before.

His discoveries led him to ditch long hours in his job as a graphic designer, during which he had developed a bad back, and go part-time as he sought a healthier, happier existence.

Cheung lives with his family and cut down his financial outgoings so he could work three days a week, often hiking with friends.

"When we go hiking, we feel free, relaxed and forget our troubles," he told Agence France-Presse (AFP), carefully gathering scattered litter as he walked through tall grass to a rocky outcrop in the northern New Territories.

He and his friend AM Renault, 29, also a keen hiker, have set up Facebook and Instagram pages under the name Yamanaka Yuko, sharing photos and video of their hill climbs in Hong Kong and abroad. They describe themselves as artists inspired by nature.

With a growing band of followers, the pair are now regularly asked for tips about routes by local walkers and have teamed up for campaigns with environmental nongovernmental organizations and outdoor clothing brands.

"Our message is about protecting nature and the environment," said Renault, a freelance photographer.

He worries about the future of Hong Kong's trails since the housing shortage has sparked government proposals to build on the outskirts of the country parks.

But with hiking becoming more popular, particularly among young people, he hopes those plans will fail.

"More and more people like hiking, and go out and do it. Because of that, there's more resistance to development than in the past," he said.

The city's most famous trail runner, Tsang, 39, regularly wins long-distance competitions and recently completed a grueling local hill race which saw him cover 298 kilometers in 54 hours, snatching naps when he could no longer keep his eyes open.

As a paramedic and father of two, he says getting out into these wide open spaces provides vital stress relief.

"When I come to the mountains, it's like therapy for me," he told AFP. "It's healing for my soul."

Hitting a dirt trail, rough with gnarled tree roots and scattered boulders, is part of the Hong Kong hill experience.

But over the years, many paths have been covered with concrete in an attempt to make them safer, something that Tsang is leading a popular Facebook campaign to stop.

He says former government technicians who helped establish paths using natural materials have now retired and contractors have little knowledge of how to do so.

Not only is the concrete alien to the natural environment, it also becomes slippery and causes soil erosion, says Tsang.

"Most mountain rescues are because inexperienced people get lost or dehydrated, there are very few injuries because of the trail conditions," he explained.

Tsang is lobbying the government to stop pouring any new concrete and has introduced them to international experts who are showing workers and members of the public how to refurbish paths naturally.

The agriculture, fisheries and conservation department told AFP it would use natural materials "as far as possible."

Tsang now wants to bring hiking tours into the country parks to foster a love of the mountains in the face of the threat of development.

"The country parks are a very valuable asset to Hong Kong, not just for us, but for future generations," says Tsang.

"This kind of thing you can't just see - you have to go out and feel it."