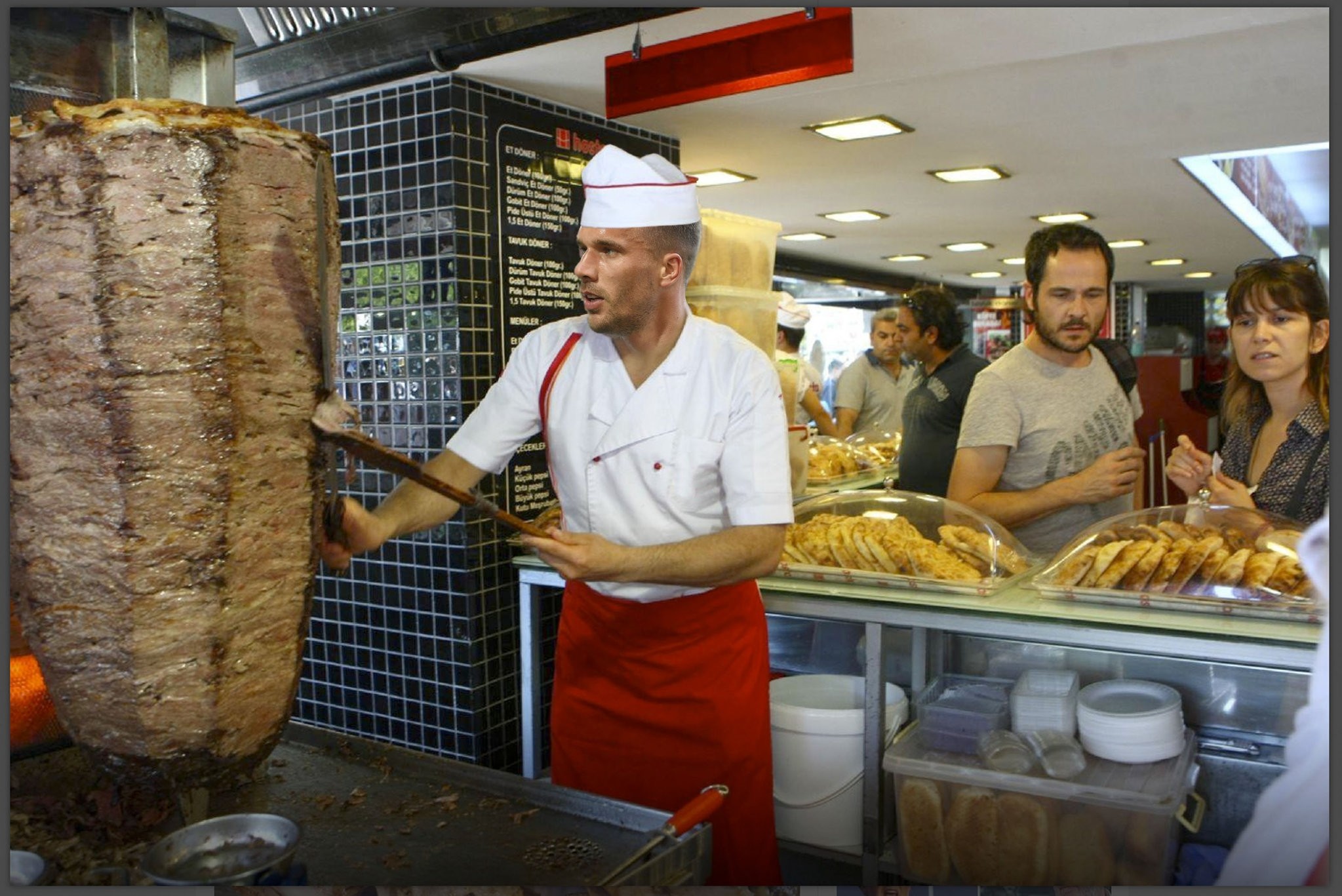 After a career spent opening up opposition defenses, German footballer Lukas Podolski is now set to open a kebab shop, a spokesman for the World Cup winner said Thursday.

Podolski, 32, is scheduled to be at the opening of the "Mangal Doener" takeaway in the western city of Cologne on Saturday.

The former Germany international, who currently plays for Japanese side Vissel Kobe, is to run the takeaway with two partners. He opened an ice cream parlor in the same city in June 2017.

Podolski acquired a taste for Turkish cuisine during the two years he spent at Istanbul-based club Galatasaray, his spokesman Sebastian Lange told dpa.

The footballer, whose career included stints at Bayern Munich and Arsenal, is currently in Cologne receiving treatment for a thigh injury.