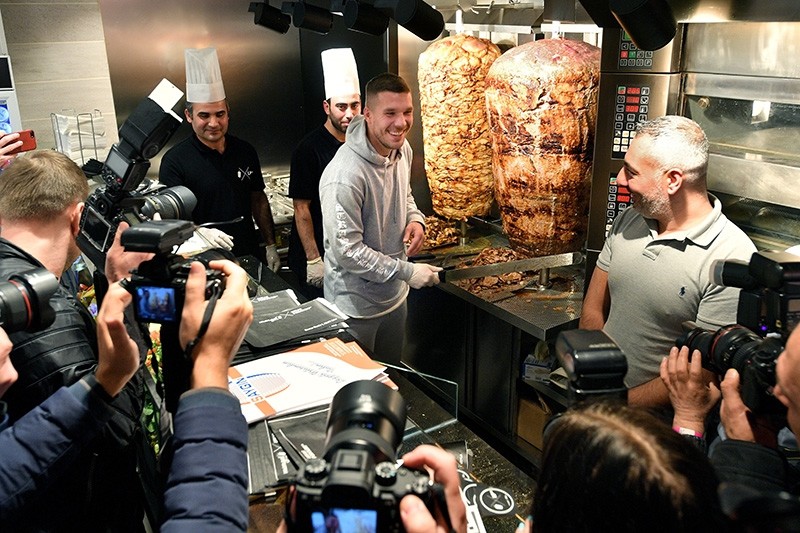 Podolski spokesman Sebastian Lange said about 1,000 fans turned up Saturday to the opening of Mangal Doener, some arriving more than five hours early.

"The euphoria is very very great, contrary to his expectations, and Lukas Podolski is very happy with the launch," the Lange said.

The player posed in front of a kebab and signed autographs. Podolski, who currently plays for Japanese side Vissel Kobe, is to run the takeaway with two partners.

Podolski acquired a taste for Turkish cuisine during the two years he spent at Istanbul-based club Galatasaray, his spokesman told dpa.

The footballer is currently in Cologne receiving treatment for a thigh injury.