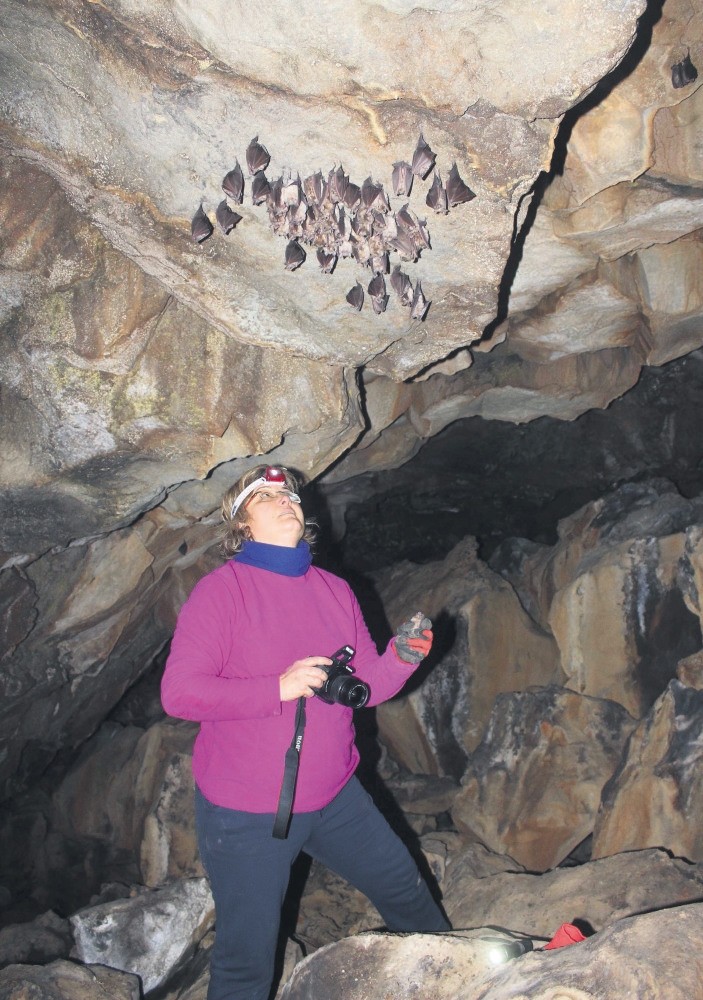 The caves, the first of their kind to be registered in Turkey's National Cave Inventory, have a mesmerizing atmosphere and size.

Since the discovery, scientists have been examining the caves and their inhabitants. To date, they have found different species, including a number of endangered bat species, living in 11 lava caves.

"Seventeen out of 41 bat species in Turkey are found in Hatay. Of them, four are endangered species. In that sense, Hassa is a very important area. These bats were thought to live only in karst caves but here they were discovered in lava caves for the first time," said Aşan.

He said that the foundation has discovered 11 lava tubes in the region since 2015.

"Different animal species take shelter in these caves. We have also discovered some rare and endangered species that use these tubes as a habitat. The area especially hosts bats, striped hyenas, jungle cats, Wagner's gerbils and Hatay Mountain gazelles."

"Besides, this region is rich in water resources. According to the State Hydraulic Works (DSİ), the underground supply here provides healthy drinking water enough for 1.5 million people every day.