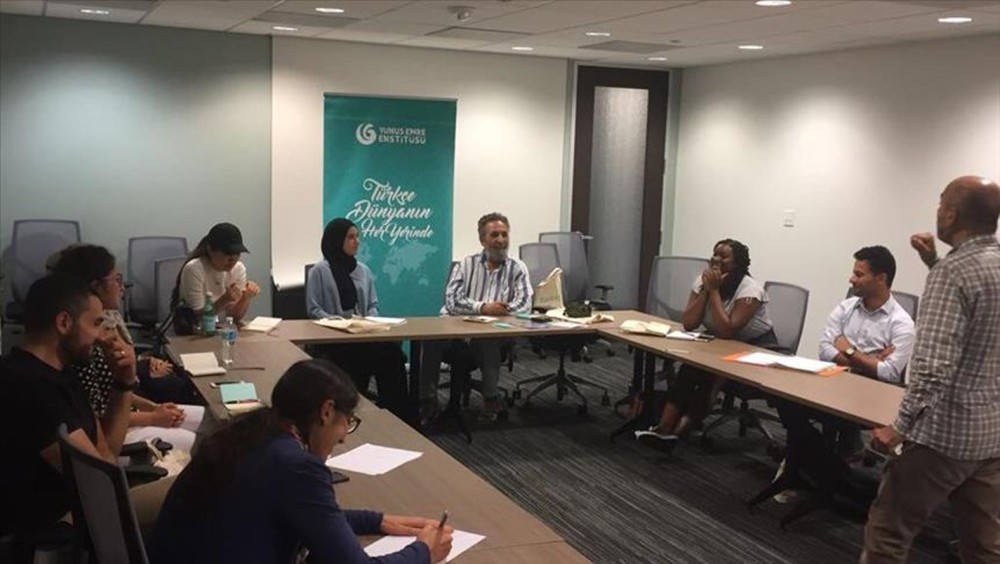 The Washington branch of Turkey's Yunus Emre Institute (YEE) announced that its Turkish courses for the spring semester will start next week.

"On Jan. 16, we will start our new Turkish courses at no charge," YEE's U.S. Director Halid Bulut told Anadolu Agency (AA) Wednesday. "These courses bring people from all ages and backgrounds together from across the greater Washington, D.C. metropolitan area."

He said the books and curriculum for these courses are prepared by the YEE, which make learning Turkish easier at any level.

Describing the participation and the interest in Turkish courses as "very good," Bulut said the institute's goal is to introduce Turkish culture and its language throughout the U.S.

"Not only with the Turkish courses but also through various events such as Turkish cinema and Turkish cuisine for the general public and academic institutions," Bulut added.

The YEE hosted over 40 people for its Turkish language courses since they started being offered in the summer of 2017.

The institute provides services abroad to people who want to learn the Turkish language, culture and art, and to improve friendship between Turkey and other countries and increase cultural exchange.

Since its establishment in 2009, the institute has taught Turkish to nearly 100,000 people in 43 countries.

Named after the 13th century poet Yunus Emre, it now has nearly 54 cultural centers around the world offering artistic, social, and scientific programs.