Sky watch: Celestial events to look out for in 2018

In 2018, sky-watchers will be delighted by a number of heavenly events such as lunar and solar eclipses and a passing of a bright comet.

The Scientific and Technological Research Council of Turkey (TÜBİTAK) National Observatory has compiled the most important celestial events of 2018. 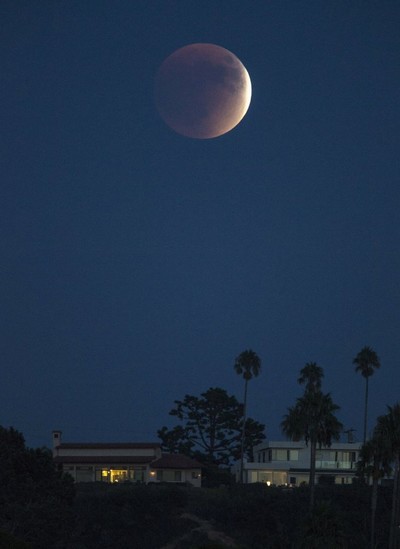 The first celestial event of the year, the super blue moon eclipse, is to take place on Jan. 31. The event will be watched in North America, Russia, Asia and the northern Scandinavia. Unfortunately, this event will not be seen in Turkey.

On Feb. 15, a partial solar eclipse will take place and the moon will cover 60 percent of the sun. While this celestial event will be observed in large portion of Antarctica and North America, this also will not be viewable in Turkey.

The second partial solar eclipse of the year is predicted to take place on July 13; however, the moon will only cover 34 percent of the sun. The event will be observable from northern Antarctica and northern Australia.

On July 27, Turkish sky-watchers will be delighted by the sight of a full lunar eclipse. The total lunar eclipse will cross South America, Europe, Australia, Africa, and Asia. This time, the eclipse will occur about half a day after the moon reaches its farthest point from Earth.

The last eclipse of the year is set to occur on Aug. 11. At sunrise on Aug. 11, a partial solar eclipse will greet people across the high northern regions of North America and Europe, as well as Greenland, Iceland and Asia. The moon will cover 37 percent of the sun a few minutes before local sunset.