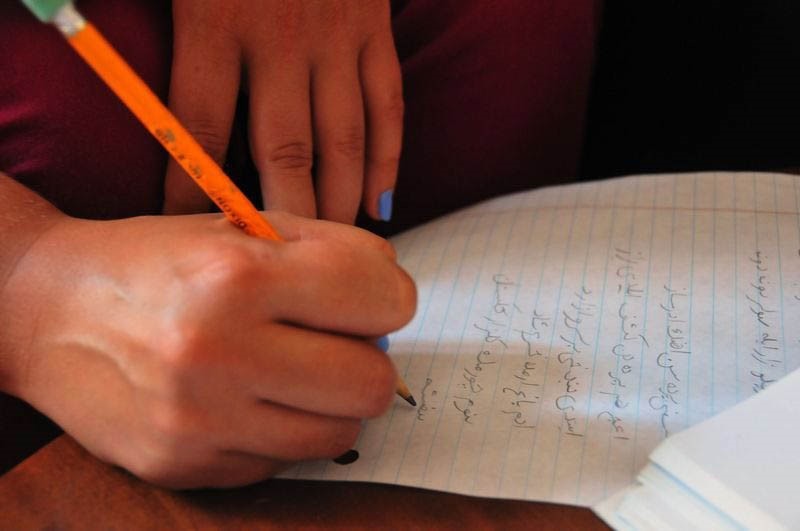 With an influx of Arabic-speaking migrants to Sweden, native Swedes are showing a "rising curiosity" in communicating with their new neighbors, with many signing up for foreign language courses.

At Folkuniversitetet University, the country's leading adult education institution, Arabic language courses offered by the school have grown from one to nine in just two years, according to Sputnik News.

Anas Idlibi, an Arabic professor at the university's Kristianstad and Hässleholm campuses, says students are most interested in occupationally-focused lessons. He says many of his students work in the social service sector, where Arabic comes in handy while interacting with clients seeking integration and employment assistance.

"Maybe they feel the need to learn Arabic to be more effective at their jobs," Anas Idlibi told Sweden's national public radio.

Some Swedes are taking the courses out of "curiosity," said Folkuniversitetet manager Cristina Boldrini Tisci. With a growing Arab diaspora in Sweden, many locals want to learn the language of the "new Swedes" to foster better communication.

"We may need to learn more about the Arab culture to be able to socialize. So the interest is getting bigger and bigger, of course," Tisci said.

The growing language group is taking root in Swedish society, with Swedish Radio beginning Arabic broadcasts in 2013 and the country holding its first-ever Arabic book fair in April 2017.

In 2015, Arabic surpassed Finnish to become Sweden's second-most-used language following the refugee migrant crisis. Since then, the number of Arabic-speaking immigrants coming to the country has continued to grow.