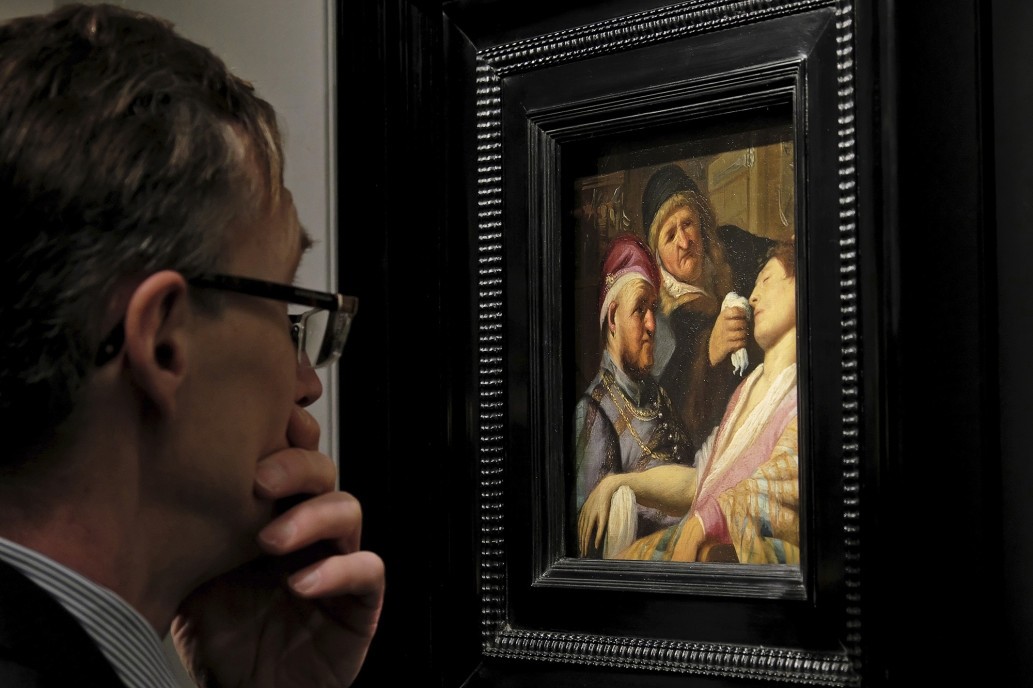 A painting discovered by a New Jersey family, who were cleaning out items in their mother's home after she died turned out to be a long-lost art piece by the famous Dutch painter Rembrandt, which auctioned for over $1 million.

Brothers Ned, Roger, and Steven Landau from the town of Teaneck noticed the painting as they were going through items in their mother's home after she died.

"It was a woman passed out in a chair, and two men trying to revive her with smelling salts," Steven Landau said in an interview.

After finding the painting, and other items in the house, the three brothers decided to hold a garage sale to sell some things, and took other items to auction house.

The brothers then approached antique expert John Nye to estimate the value of their items. Nye told them the painting would get them a few hundred dollars.

To the surprise of the family, a French buyer bought the painting for $1.1 million at an auction and then sold it later for $4 million to a collector who was looking for the fourth painting in a lost series of Rembrandt's works on the five senses.

The piece entitled "The Unconscious Patient (An Allegory of the Sense of Smell)" was one of the Dutch painter's earliest works from the 1600s.