Life's a beach: Cannes ships in sand for film festival 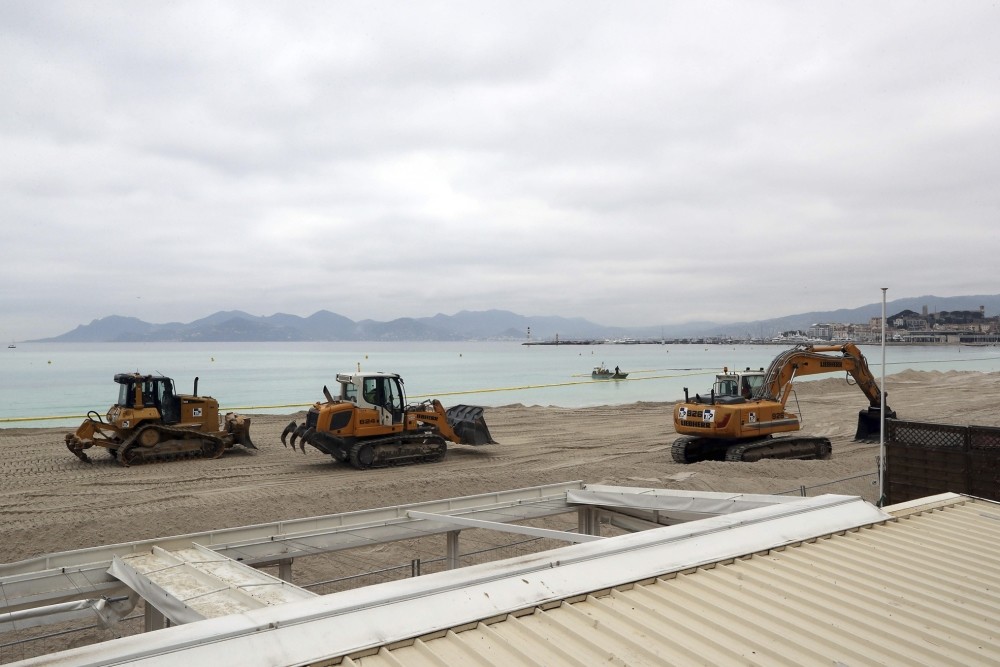 Every year the French Riviera town of Cannes rolls out the red carpet to A-list celebrities at the world's most glamorous film festival. Now it wants to roll out a bigger beach too.

The Mediterranean resort is shipping in 80,000 cubic metres of white sand - enough to fill 32 Olympic swimming pools - to widen the beach along a 1.4 kilometre (0.9 mile) stretch of seafront beside the famed "Croisette" promenade.

From Brigitte Bardot in the 1950s to Nicole Kidman and Leonardo DiCaprio in more recent years, the Croisette's fine sands, glitzy hotels and gourmet restaurants have hosted film's biggest stars during the annual festival.

By the time of this year's event in May, the expanded stretch of sand should be in place and for private beach managers that means more room to make money.

"We had a strip of sand which was about 20 metres wide, now we'll get an extra 10 to 12 metres," said Bruno Richard, manager of the privately owned Long Beach, where a sunlounger costs 25 euros ($31) for the day.

More than half the sand is arriving by boat from a quarry in the neighbouring Var region. Mixed with sea water, the sand is pumped via a floating pipe onto the beach, where bulldozers shape the new waterfront.

Locals are divided over the development. While some applaud a bigger public beach, others fret it may be a waste of tax payers' money.

"What worries me is whether the sea will just take it all back. It cost the town a lot of money," said resident Gerard Rollandin.