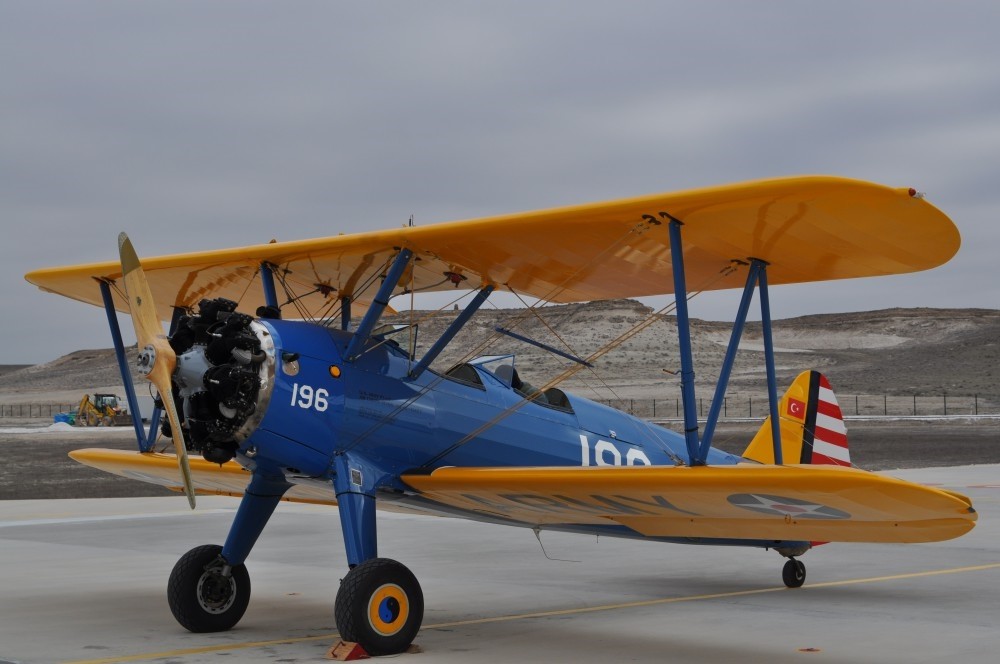 One of Turkey's oldest planes, a 1942 Boeing-Stearman, still flies Turkish skies. The plane, currently owned by Sivrihisar International Sportive Aviation Center, was built during World War II to train pilots. As most men were serving in the army, planes at the time were mostly built by women.

Commenting on the plane, national stunt pilot Ali İsmet Öztürk said the two oldest planes still flying in Turkey date back to 1940 and 1942."They are both in Sivrihisar. Their motors still sound the same and are absolute delights."

Mechanical engineer and the vice president of the aviation center, Işıl Görenoğlu, said the plane was built in Turkey by women working during the war."The motor of the plane is shaped like a star. The wings and body were mostly covered with fabric. This is a very special plane. We will continue to track its performance, and it still flies every single day."