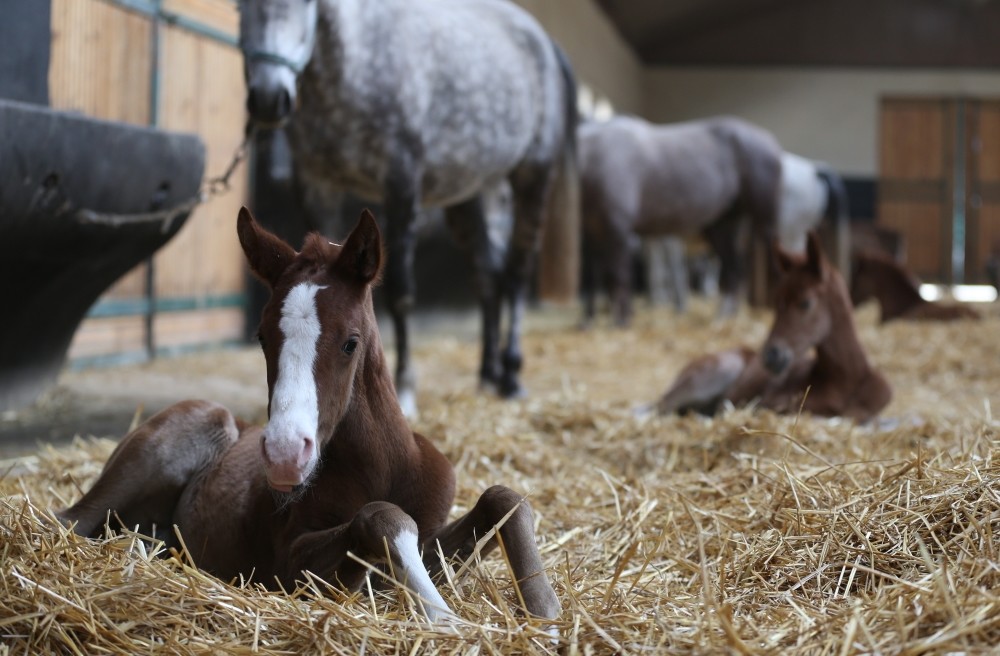 Located in Mahmudiye district, the enterprise has raised the most important Arabian horses in the country's horseracing history. Along with these thoroughbred Arabians it continues to raise future champions.

In a statement, Horse Breeding Branch CEO Eren Karabulut said that they have 124 mares and 12 stallions. "We have 110 pregnant mares in our enterprise. We have had 29 foals, 14 of which are male, to date. We have 100 foals on average per year. There are also two foal sales. One of them is at Bursa Karacabey Agricultural Enterprise. Racehorses and elite foals are on sale there. While 70 racehorses are sold in a year in Karacabey, 15 two-year-old horses are sold at Istanbul Veliefendi Race Course. We received TL 7 million [$1.86 million] from the horse sales of the previous year. We expect TL 80 million in revenue from the 90 horses that we plan to sell this year."

Karabulut said that the siblings of champion racehorses Derhadır and Karaüzüm are among those being sold this year. Saying they hope there will be new champions among these 90 foals, Karabulut continued: "We have champions in that race already. Karaüzüm, which was raised in our enterprise, is one of the Arabian horses that brings in money the most. Important foals such as Semend, Denizim, Serhantay also continue to race. Our institute raises champions and will continue to do so."