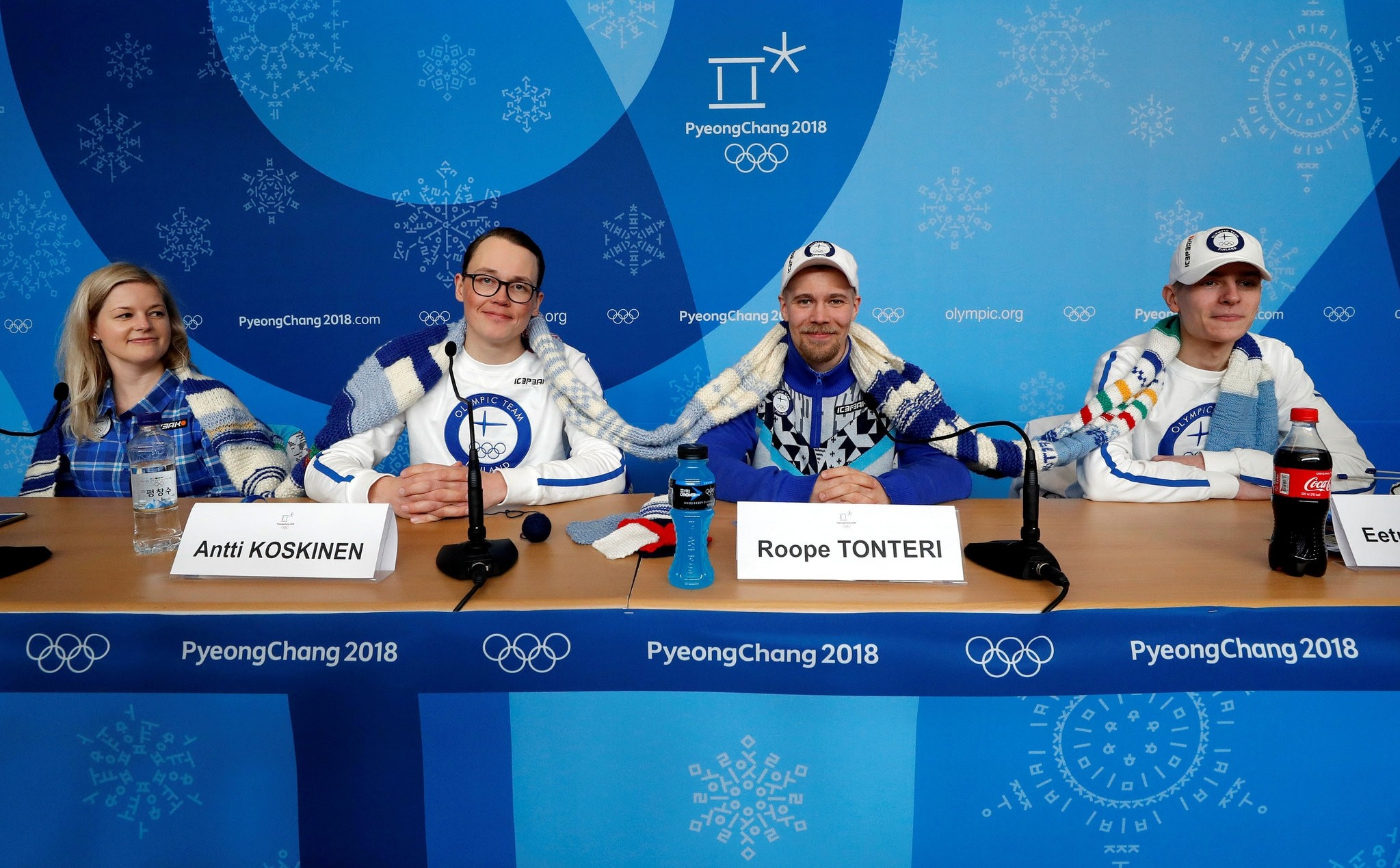 Members of the Finland Olympic team attend a news conference regarding the knitting project in Pyeongchang, South Korea, February 14, 2018. (REUTERS Photo)
by reuters
Feb 14, 2018 12:00 am
Yarns, stitches, loops and purls, instead of spins, flips and slides... the Finnish team in Pyeongchang are using the soothing effects of knitting when Olympic pressure becomes too great.

"It has become something of a hobby for me," smiled snowboard coach Antti Koskinen, who has been spotted with his needles out in the snow.

"I mean I do it every four years... it is a nice, Finnish thing... it means no unnecessary chit-chat is needed."

Grinning as he continued to knit a small, blue woolen square, Koskinen said that around half of the 102-strong team were knitting at these Games.

The Finns started using the unique method of stress relief at the Sochi Games, where they knitted a scarf. Two years later at the Rio Olympics they added to it.

Their efforts this time, though, are for a different project.

"We are knitting a blanket for our president's child," Koskinen said. "Everyone is knitting a little square, and then we will join them together... I got a bit carried away, so... a rectangle," he laughed, holding it up.

Another to have got carried away was 20-year-old ski jumper Eetu Nousiainen, who worked away at a long strip of scarf.

"Maybe mine can be for the president's dog," he chuckled.