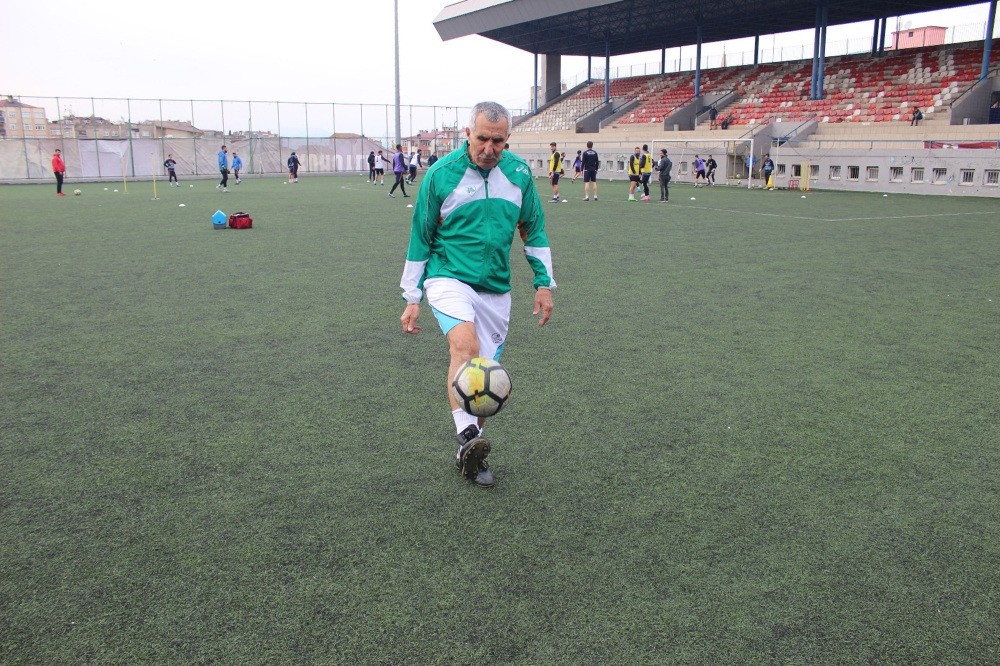 For Şerif Kunt age is just a number as he prepares to join an amateur football club at the age of 69. The amateur footballer from Trabzon was recently signed up as a player-coach by Karaçay Gençlik Spor, a second tier amateur club from southern Turkey's Osmaniye. Prior to his move, Kunt spent some 32 years with Trabzon's Zafer Sports Club as a manager, coach, footballer and even a ball boy.

Kunt said he accepted the offer from Karaçay Gençlik Spor because of a conflict of interest with his old club."I had to leave the football club I established and developed, where I have been a player and a manager. I was offered a position at Karaçay Gençlik Spor in Osmaniye. They said they were interested in me because I could work as a player-coach. So I said yes."

"I participate in the Trabzon semi-marathon every year. But now I will continue my football career in Osmaniye," he said.Kunt said he has been involved in football since he was 10. "Pursuing sports, athletics for years can be a healthy habit. I have participated in marathons for 13 years. Older sportsmen like me can only compete against younger athletes if we have a love for sports. I believe I have the stamina to stay on the field."He admitted he won't be receiving a bonus for the transfer and his only goal was to support amateur football.