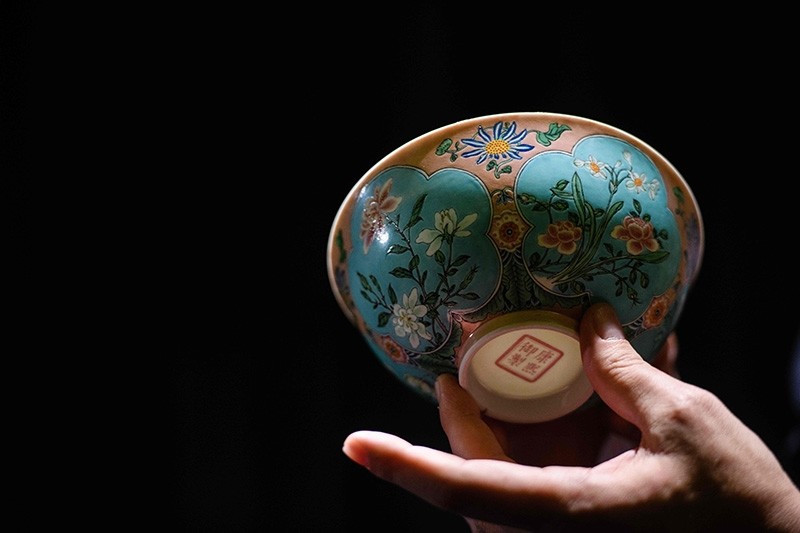 An extremely rare Qing Dynasty bowl -- one of only three known to exist -- is expected to fetch US$25.6 million and could even break the record for Chinese ceramics, auction house Sotheby's said Thursday.

Measuring 14.7 cm (just under 6 inches) in diameter, the dainty pink bowl is decorated with falangcai (painted enamels combining Chinese and Western techniques) and flowers, including daffodils which are not typically depicted on Chinese porcelain.

Sotheby's Hong Kong expects the Qing Dynasty bowl, used by the Kangxi Emperor in the 1720s, to make history again in an upcoming sale April 3.

"Definitely we will see the most important collectors of Chinese porcelain active," deputy chairman for Sotheby's Asia Nicolas Chow said in a preview Thursday.

"We will see quite a battle this season," Chow added.

The bowl was created in an imperial workshop within Beijing's Forbidden City by a small team of craftsmen, with the help of Jesuits from Europe who had brought over new techniques and materials, according to Sotheby's.

Last year, a 1,000-year-old bowl from China's Song Dynasty sold for US$37.7 million, setting a record for Chinese ceramics.

That sale surpassed the previous record of $36.05 million set in 2014 for a Ming Dynasty wine cup which was snapped up by a Shanghai tycoon famous for making eye-watering bids.