Fed up with city life, Turkish woman starts own business in village 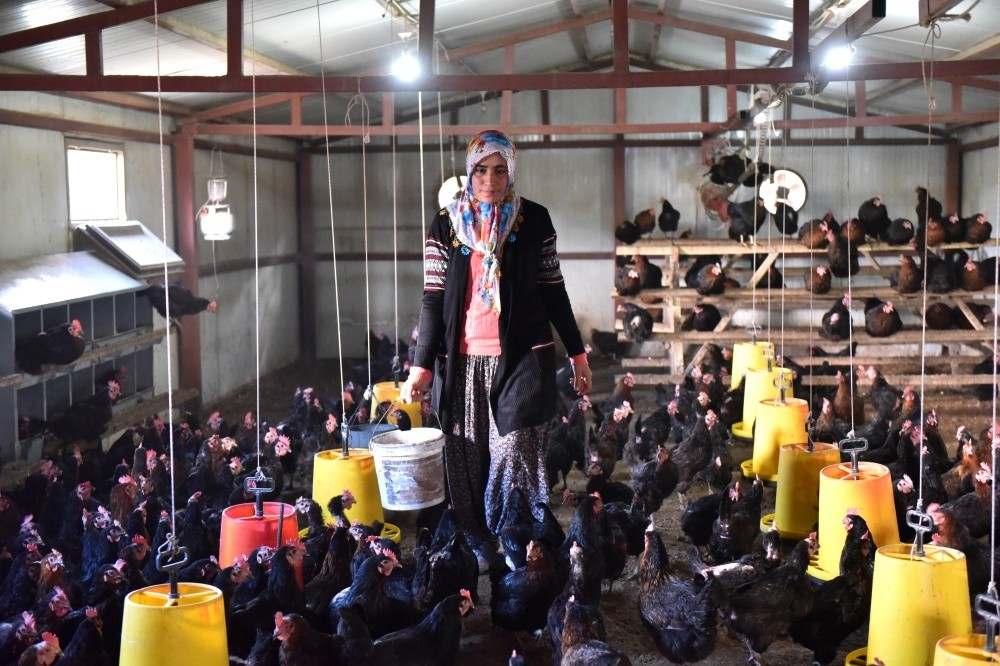 Yeter Tiken, 30, moved to a bustling town in Mersin when her husband, Ramazan Tiken, started a new job, but quickly realized city life was not for her or her family. Instead, she turned to their village in the foothills of the Taurus Mountains and became an entrepreneur, transforming the chicken coop she built for fresh daily eggs into a poultry farm with the help of the government support she received.

Tiken married her husband in 2008 in Çamlıyayla district's Darıpınarı village and moved their family to Tarsus district to be closer to her husband's workplace.

After trying to earn a living in the city for three years, the couple decided to return to their village. Upon returning to the village, Ramazan Tiken found a job, while his wife raised chickens for eggs.

Quickly earning extra cash by selling surplus eggs to friends and neighbors, Tiken was able to build up a larger brood. With her now growing number of chickens, she decided to research poultry-related business opportunities.

In 2017, Tiken received a grant for TL 30,000 ($7,900) by applying to the Young Farmer Project of the Ministry of Food, Agriculture and Livestock for rural development support.

Soon, she was selling the eggs of her 2,000 chickens to the surrounding districts from her farm built on the 6-acres she bought with the government support.

Speaking to Anadolu Agency (AA), Tiken said when they moved to Tarsus, they soon realized that city life just was not for them.

She also said at first she built a coop and bought 200 chickens to help with the family's budget and create a constant supply of eggs — a move that kick-started her success.

"The coops started to pay off and turned a profit. When we heard about the Ministry of Food, Agriculture and Livestock's project, we wanted to expand our potential. We applied, wondering whether we would receive support or not. Luckily, we got the TL 30,000 grant. This amount was enough, but we also added to it from our own savings and established our chicken farm on a 6-acre parcel of land," she said.

Tiken achieved her dream and had a job. Now, she gets nearly 500 eggs from her 2,000 chickens every day.

Noting she had financial problems in the past but now has a job thanks to the government's support, she continued: "I pay my own insurance. I am very proud of managing this as a woman. We sell eggs to markets and businesses in surrounding districts. We use the name of our village in our sales. We both expanded our business and contributed to the promotion of our village. We plan on selling our eggs to surrounding cities, as well."

Tiken reported that her husband's support encouraged her to establish the farm and added she is happy to be able to both take care of her children and run her own business.